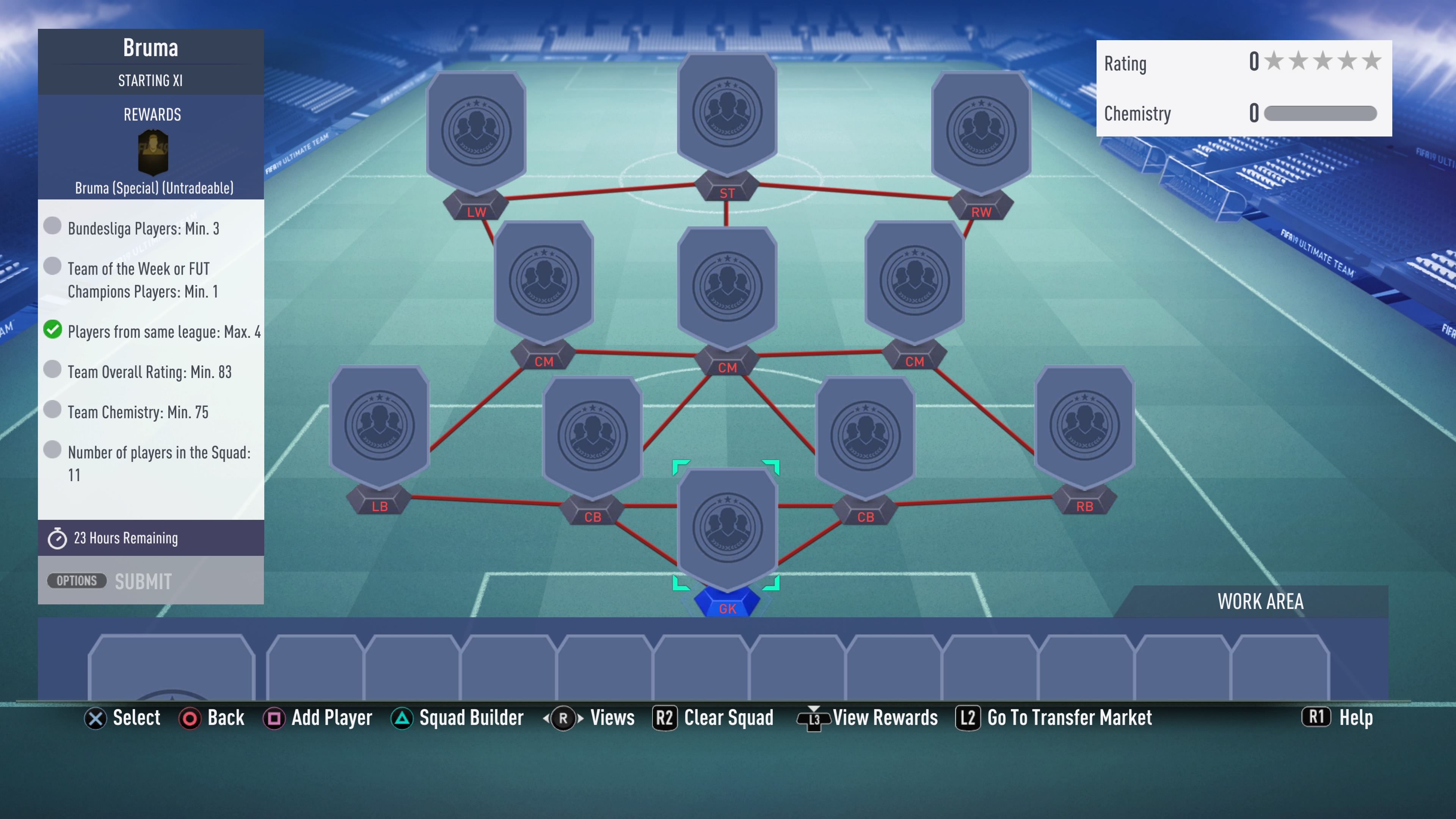 How to Complete Sami Khedira FUTmas SBC in FIFA 19

FUTmas has finally arrived in FIFA 19 and the sixth set of player SBCs have been released. The stand out is Alexandre Lacazette of Arsenal, who’s already had an in-form this year, but there’s a Bruma challenge too. Here’s everything you need to know about how to complete the Bruma FUTmas SBC so that you can add him to your Ultimate Team.

If you head to the Squad Building Challenges tile on the FIFA 19 single-player screen, you’ll see Bruma’s item on the Live section of SBCs. Click on his icon and you’ll be able to start putting it together.

This is the second RB Leipzig player in FUTmas in two days, and it’s difficult to work out if it’s good value or not. First off, an 83 rated squad is pretty low, even if you need an in-form or FUT Champions players, and it’ll cost you around the 35k mark.

However, the card simply isn’t very good. If it wasn’t a special card, a gold player with these stats would be worth no more than a couple of thousand coins on the transfer market.

However, if you want to complete it, you’ve got plenty of options due to the low rating requirement. If you pick any three leagues and links players from those league together, preferably with strong/green links, you’ll be on the right track. For example, link the GK, two CBs, and a full back together. Then choose another league for the next four positions.

An 83 rated squad needs nine 83s and two 82s, or a similar combination with high rated cards, so you’ll have plenty of choice. Don’t forget your in-form or FUT Champions player, though.

That’s everything you need to know about how to complete the Bruma FUTmas SBC so that you can add them to your Ultimate Team. For more tips and tricks on the game, be sure to check out our FIFA 19 wiki guide.

Question: How do you complete the Bruma FUTmas Squad Building Challenge?

Answer: You need to head to the SBC section of FIFA Ultimate Team and complete the squad, using three Bundesliga players and one Team of the Week/FUT Champions player.