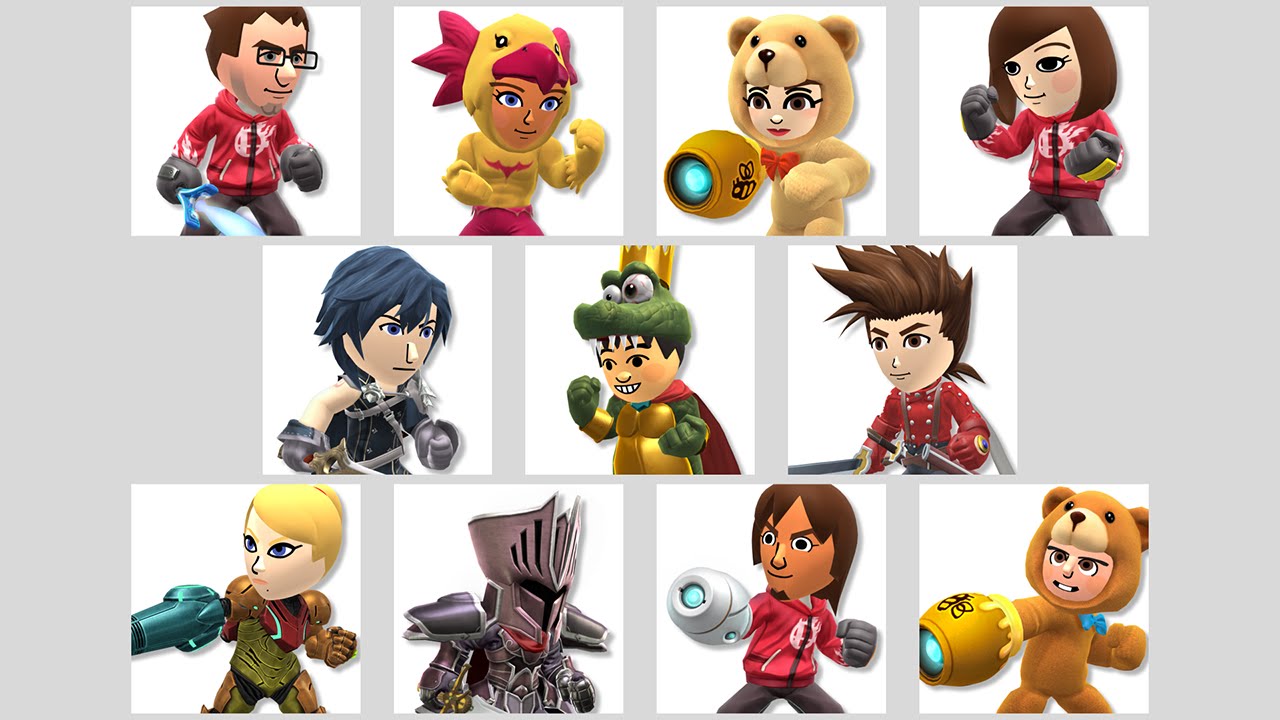 According to Nintendo’s support site, Super Smash Bros. Ultimate is about to launch more DLC beyond the previously announced fighter’s pass, with additional mii fighter costume sets priced at 75 cents each, dropping some point next year.

The previous smash titles on 3DS and Wii U featured the same sort of DLC, so whilst not a surprise, it’s a welcome return for Smash fans.

The fully customizable Mii fighters come in three types and are designed to let you throw your own characters into the fray: be it your grandpa, yourself, or any historical figure you want to duke it out with, Mii costumes a way of inserting characters into the roster that weren’t originally playable, like Zelda’s Skullkid or Kid Icarus’ Viridi.

Many forlorn fans can likely hope to see fan favorite Geno, who’s included as a spirit in adventure mode, return as costume DLC much as he did in the prior installments for Mii Gunner fighters.

It’s unclear at this time how many sets are to be released or what exactly they are, but it could be speculated that the season pass exclusive Rex from Xenoblade Chronicles 2 costume will be available outside of the pass as paid DLC.

With toothy, early purchase DLC fighter Pihrana Plant free for players who bought the game between Nov. 1, 2018, and Jan. 31 coming soon as well as Persona 5’s Joker leaping his way into battle, there’s a lot to look forward to for Smash fighters in the new year.