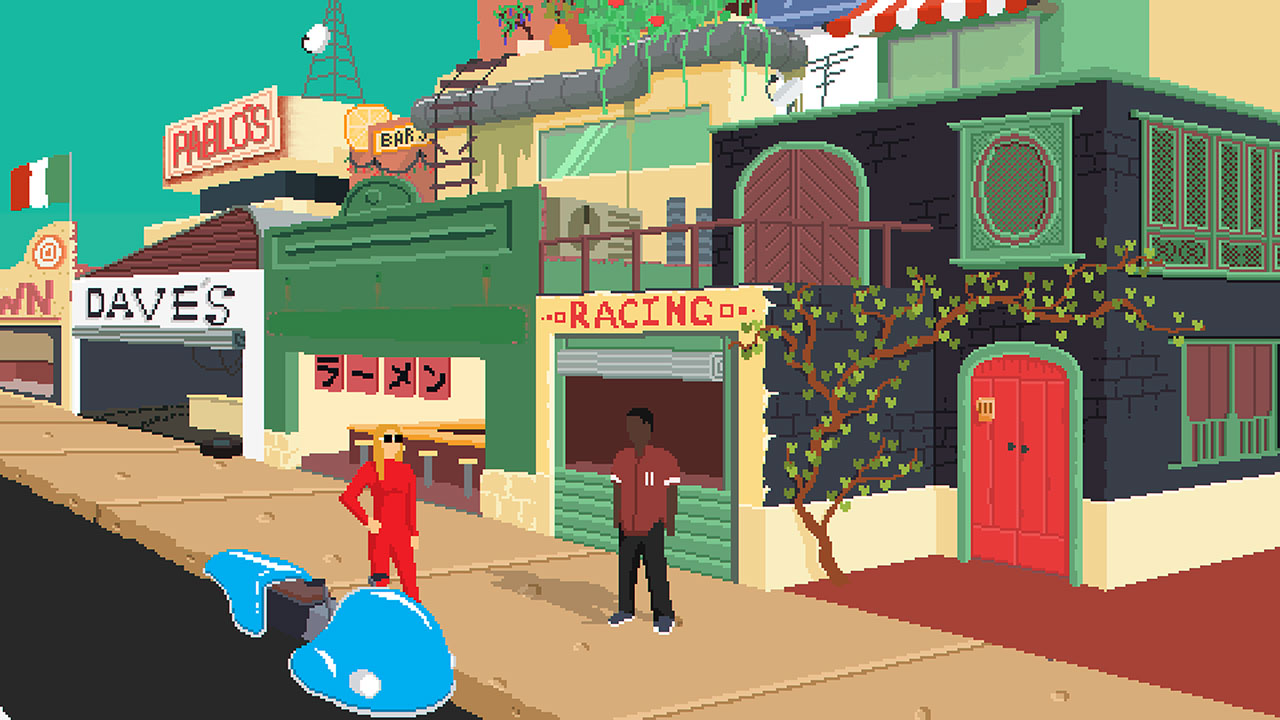 To celebrate the launch of the anime-inspired Desert Child, developer Oscar Britain and publisher Akupara Games have released a snazzy new trailer.

Penniless and pixilated, Desert Child thrusts you into the role of a young hoverbike racer desperately trying to scrape enough cash together to escape a dying Earth, to fulfill a dream of racing in the universe’s biggest intergalactic motorcross event – the Red Planet’s Grand Prix.

Hungry and impoverished, cup noodles are your only sustenance as you race, work odd jobs and do battle against bounty hunters, gangsters and all kinds of other colorful characters. Between delivering pizzas and throwing races, you’ll pound the streets exploring alien cities, dine on local cuisine for buffs and purchase upgrades for your bike, decking it out with new weapons, amplifiers and adverts – anything for a sweet buck.

A nostalgic throwback both visually and audibly, Desert Child draws on the likes of Cowboy Bebop and Akira to weave a world that oozes style with lo-fi hip-hop beats to blast enemies and relax to. With a deep combat system overlaying every race, the race-shooter looks to be peppered with all manner of secrets to keep you hunting for more, talking to every stranger and battling your friends via local multiplayer.

Desert Child is now available on Nintendo Switch, PS4, and PC, and will launch on Dec. 12 for Xbox One. You can follow dev Oscar Britain and publisher Akupara Games for all updates on the title.