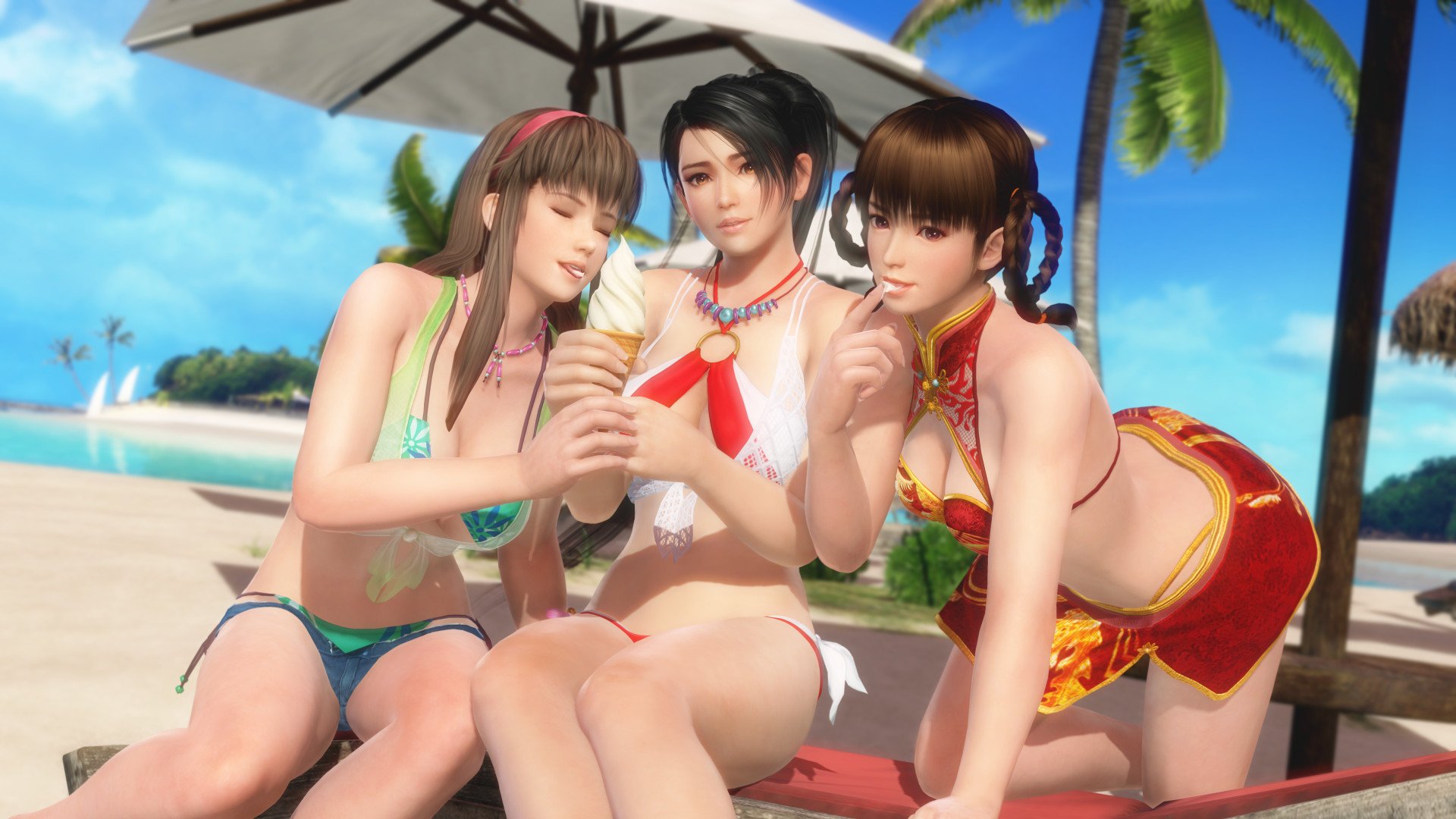 The update adds a brand new feature named “Owner’s Room.” Basically, you can invite two of the ladies in the room and set them to perform a task for ten or twenty hours. At the end their level will increase, unlocking currency that can be used to purchase furniture and poses.

Basically, the game used to be just about doll dress-up, now it’s a full-fledged dollhouse.

Of course, the Owner’s Room can also be used to take pictures of the ladies, this time around extending your ability to do so with two girls at the same time. The room can be customized with furniture that you can purchase in the game.

On top of that, this week’s featured gachas provide another chance (the second) to unlock the recently added Leifang without pulling out your real money wallet.

You can check out the new room and the new outfits for Leifang and Misaki in the gallery below.

If you’re interested in the franchise but you’d rather play on consoles, you can also check out the first trailer of Dead or Alive Xtreme 3: Scarlet for PS4 and Nintendo Switch.