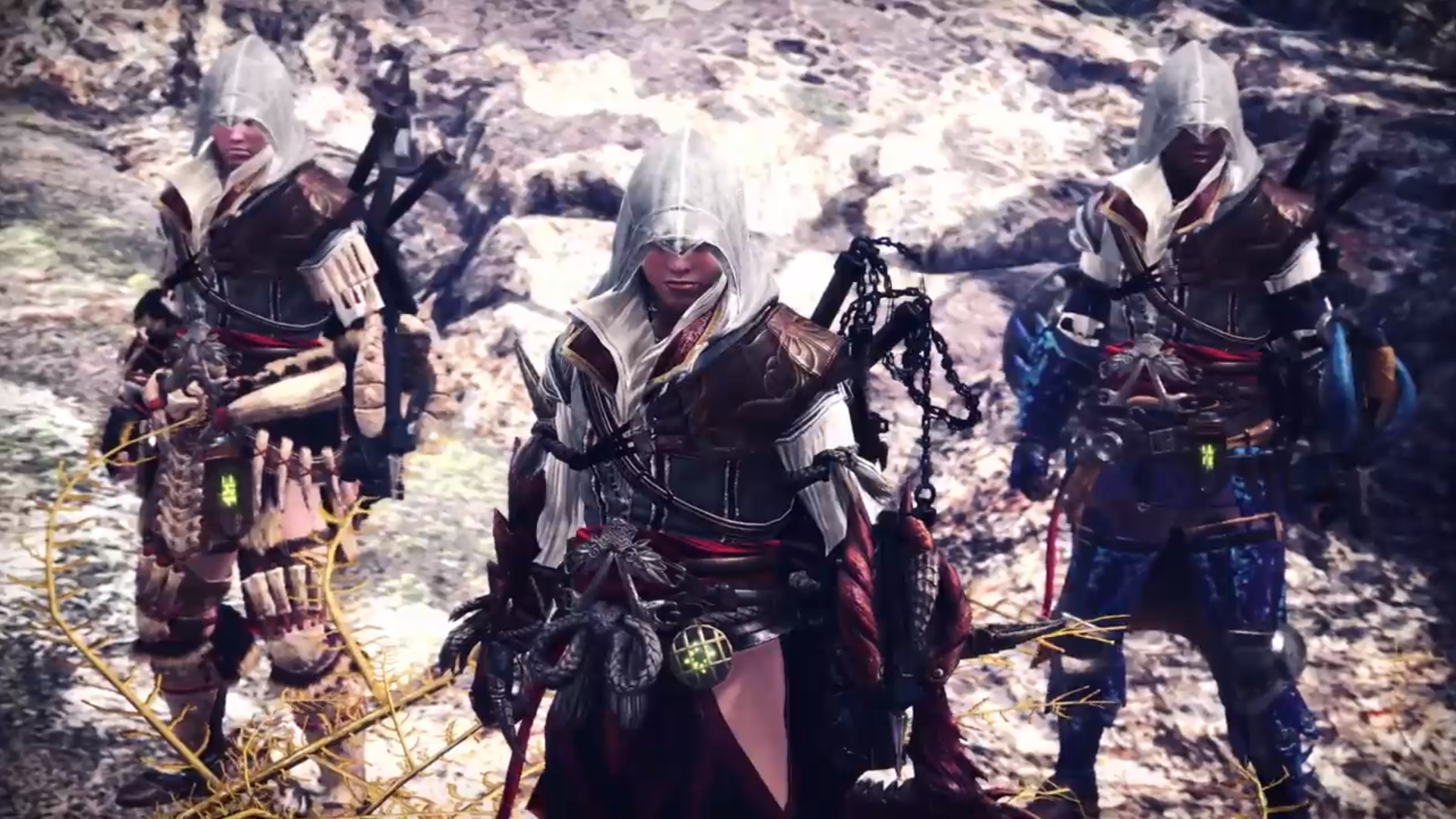 “Fight against a group of nimble, fierce, and impetuous monsters to earn Senu’s Feather,” says the collaboration trailer’s description. “Don the Bayek Layered Armor and the specialized tool Assassin’s Hood, and maybe you’ll get a taste of the Assassin life from Assassin’s Creed.”

According to further messages from the official Monster Hunter: World Twitter, the Assassin’s Hood specialized tool can deal “additional damage to monsters when attacking from a stealth state” and “an additional speed boost to running, climbing, and running after crouching.” The new gear can be earned by completing the SDF: Silent, Deadly, and Fierce event quest.

The armor and tool are available now for Xbox One and PlayStation 4 versions until Jan. 10, 2019, while the gear will be coming to PC at “a later date.”

This is not the first time Monster Hunter: World has had limited-time gear based on other franchises. Capcom’s own Street Fighter V: Arcade Edition and Devil May Cry have made appearances, while a collaboration with CD Projekt Red’s The Witcher 3: Wild Hunt is scheduled for early 2019.