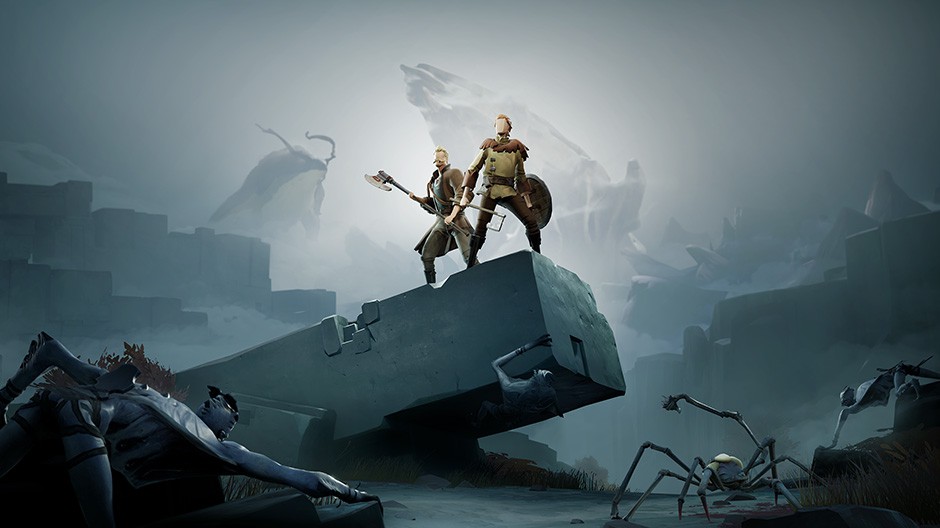 How to Play Co-Op Multiplayer with Friends in Ashen

Developed by A44, Ashen is a brand new third-person action RPG out for Xbox One and PC. It takes a lot of inspiration from the Souls games, evident by the combat system and control scheme, as well as other open world games with traditional quest elements. Here’s what you need to know about how to play co-op multiplayer with your friends in Ashen.

Before you can start joining up with friends, you’ll need to progress through the story a little. Just follow the quest markers until you’ve founded your new town at Vagrant’s Rest, and then you’ll be able to start looking into the co-op multiplayer functionality.

Bring up the menu in Ashen by pressing the View button on your Xbox One controller, then select the Multiplayer Filter option so that you’ll only be matched up with people who have the same multiplayer code as you. Remember to actually enable the online functionality from this menu as well, or you won’t be able to connect with others.

Once you’ve done so, set your password and share it with your friend. At this point in time, make sure you’re both standing in the same area in Ashen’s world. However, do be warned that you won’t be able to connect while standing in town, so leave Vagrant’s Rest and head out to find another recognizable location to connect.

If you’re in a dungeon, you also will not be able to connect with other players in Ashen.

In addition to that, you’ll also need to be at roughly the same point in the story in order to play with each other. According to the Ashen FAQ site, a player who has beaten a particular boss cannot join up with another player who has yet to defeat that same boss. This means that both players who want to face a boss together will have to do it for the first time in their multiplayer session.

And that’s pretty much all you need to know about how to play co-op multiplayer with friends in Ashen. Be sure to search for Twinfinite for more information on the game.

Question: How do you play co-op multiplayer with friends in Ashen?

Answer: Enable the Multiplayer Filter option from the menu, set a password, then share it with the person you want to connect with. Stand in the same area in the game world to connect to each other.