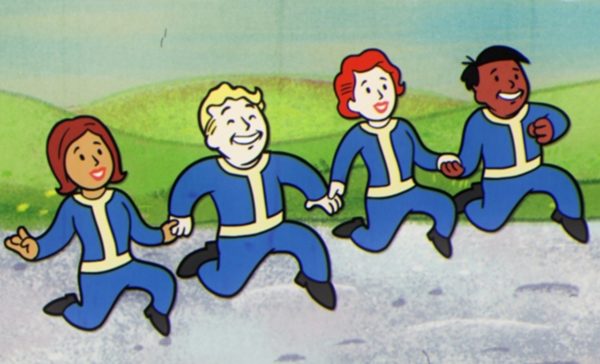 In a somewhat bizarre move, West Virginia’s Governor has officially declared Nov. 14, 2018, the release date of Fallout 76, as “Reclamation Day,” according to a tweet from Bethesda Game Studios.

Fallout 76 is set in West Virginia and follows the first vault dwellers to leave their vaults after the apocalypse to reclaim and rebuild America. West Virginia seems to have fully embraced the attention and potential tourism that the game brings them. Earlier this year, the state announced a partnership with Bethesda to help promote tourism and teach players about the real-life version of the world they are playing in.

Now, this relationship has gone as far as an official proclamation from West Virginia Governor Jim Justice. The proclamation reads:

“Now, Therefore, Be It Resolved that I, Jim Justice, Governor of the Great State of West Virginia, do hereby proclaim November 14, 2018 as: Reclamation Day in the Mountain State and encourage all citizens to visit West Virginia and explore the diverse set of featured sights and destinations in the game and extend your stay outside Vault 76 to discover all the Mountain State has to offer.”

Thank you West Virginia! Your beautiful state has been an incredible canvas for #Fallout76, and the support from your community has been truly wonderful.

Prior to this proclamation, the West Virginia Tourism Office already held promotional events and activities tied to Fallout 76, including Vault Boy sightings scattered around the state. For more information on this partnership, visit their website.

Fallout 76, available now for PS4, Xbox One and PC, is the first game in the series to feature online multiplayer. For more on the game, check out our article on what it gets right and wrong as well as our many guides to help you in the wasteland.

What do you think about West Virginia Governor Jim Justice’s Reclamation Day Proclamation? Have video games finally made it? Let us know your thoughts in the comments.