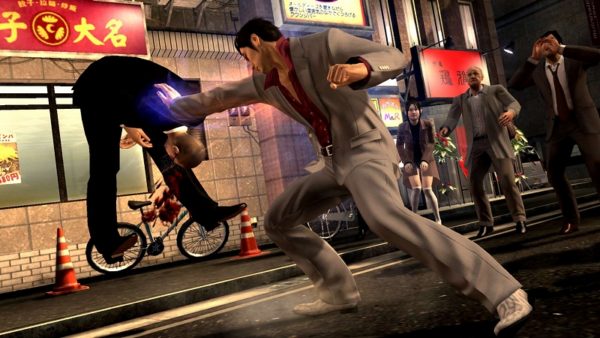 Sega and Kinda Funny’s Greg Miller might be teasing something that could be big for fans of the Yakuza series. A Twitter exchange between Miller and Sega hints at an announcement set to happen at the Kinda Funny Games Showcase:

You know what. You’ve convinced us. Sure!

What that announcement could be, is pretty much up in the air. The prevailing theory is that Sega might officially announce that Yakuza Kiwami will be making its way to PC, by way of a Steam release. It makes sense considering Yakuza 0 just arrived on the platform this past August.

That said, it would be interesting if they announced some kind of PSVR tie-in to Yakuza 6. There was a bit of confusion concerning an error in the demo description; the description detailed support for PSVR and pretty much all PSVR accessories (Move controllers, Aim controller, etc.). It’s probably less likely than Kiwami being announced for PC, but anything is possible!

It’s also possible that it may not be a Yakuza announcement at all. It’s worth noting that, although Yakuza was mentioned in the initial tweet, it was the Sega Twitter account that responded. Sega will be definitely making an announcement at the showcase, it just might not be exclusively Yakuza.

Whatever that announcement turns out to be, we’ll certainly find out sooner rather than later. The KF Games Showcase is set for Dec. 8 (about a week and a half away) at 10 a.m. PST or 1 p.m. EST, and is set to feature nearly 60 games.