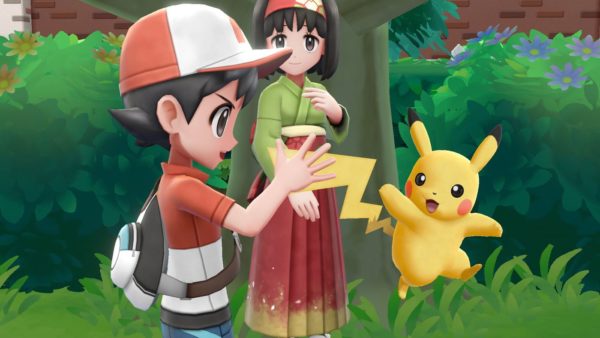 Just today, the Pokemon Company uploaded a new Pokemon Let’s Go Pikachu and Let’s Go Eevee trailer to celebrate the launch day for the two Nintendo Switch games. It attempts to faithfully recreate the opening of the Indigo League season with the iconic theme song and all.

I was trying to watch the trailer at the same time as the opening of the anime until I had a bolt of brilliance: I decided to use my amateur editing skills to put together a side-by-side comparison of the two videos, making it easier for people to watch both at the same time.

The video turned out rather well, if I do say so myself, and should tug on your nostalgic heart strings suitably. You’re welcome!

You can watch the video on my personal Twitter page right below here:

I put together a side-by-side comparison of the new @Pokemon Let's Go trailer with the original anime opening! Enjoy! Never did anything like this before! #PokemonLetsGo @NintendoAmerica Unfortunately, I can't post the entire thing but 45 seconds should suffice 🤓 pic.twitter.com/hJtrBmJHW3

Being reimagined versions of Pokemon Yellow –which took inspiration from the anime series– the game has lots in common with Ash Ketchum’s first adventure through the Kanto region. With what the editor was given, those similar scenarios and scenes that they managed to piece together worked out very well.

If you haven’t picked up Pokemon Let’s Go yet, both versions are now available for the Nintendo Switch. We’ve got a handy wiki guide for the game to help you out if you find yourself in a pickle.