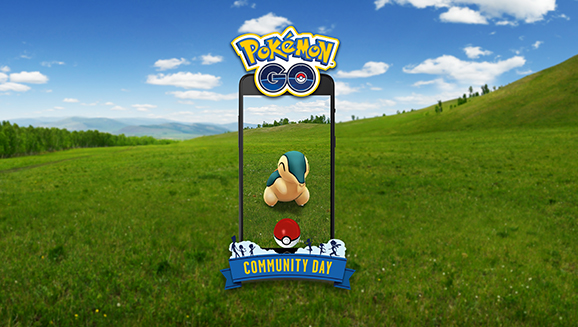 Pokemon trainers playing Pokemon GO should save the date of November 10th. This Saturday, Cyndaquil will be available in the wild in an enhanced capacity to commemorate the November Community Day for Pokemon GO. The event will last a total of 3 hours. Specific times for each region can be found on Pokemon’s website. During the limited event, Cyndaquil will appear more often and present itself for capture, but that’s not all that will be changing during Community Day.

Cyndaquil will be able to be caught shiny for the first time according to Pokemon’s teaser for the special day. Furthermore, if you are able to evolve Cyndaquil to its final state, Typhlosion, up to an hour after the event ends, it will learn one of the strongest fire type moves available to it, Blast Burn. This move will only be able to be learned by Typhlosions that are evolved during this small window of opportunity.

Past Community Day’s have featured other popular Pokemon, giving them a higher appearance rate, among other changes to make catching them more accessible and desirable. Chikorita, another Johto starter, was featured in the September Community Day event.

Double XP and Stardust will also be available to players and will be awarded based on any capture, not just successful catches of the Cyndaquil evolutionary line. Additionally, lure modules will last for an elongated period during the Community Day, so it would be wise to start stockpiling items ahead of time to take advantage of the bonuses available.

The community-oriented game will also have a special Twitter hashtag for the event, encouraging players to share their experiences with other Pokemon Go users. Using the tag #PokemonGOCommunityDay, players can share their success with friends on social media.

Pokemon GO is available for free download on most mobile platforms.