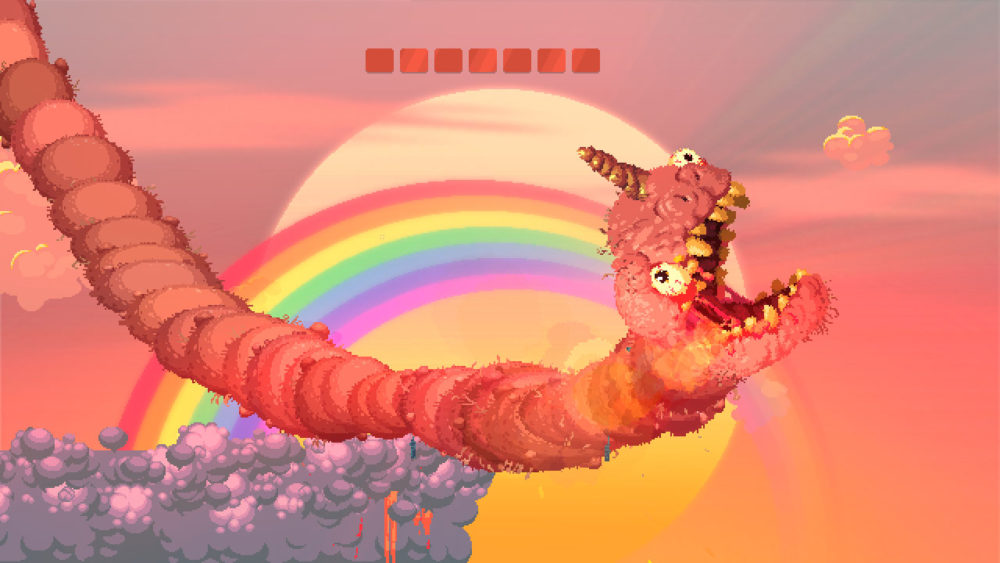 The gruesome and chaotic Nidhogg 2 will be making its way to the Nintendo Switch on Nov. 22, according to indie developer Messhof Games.

Nidhogg 2 is a 1 vs 1 fighting game where the objective is to get past your opponent and reach the far end of a side-scrolling stage. You do this by blood-thirsty means, stabbing the other player with swords or daggers or shooting them with a bow.

Every kill in Nidhogg 2 is rewarded with a satisfying yet gross splatter of blood and guts from it’s strange, monster-like characters, and every win ends with being consumed by a giant worm. It’s a strange one.

While the original Nidhogg isn’t available on the Switch, Nidhogg 2 is a similar yet more detailed game that will be fine for newcomers. Its simplistic controls and concept mixed with chaos and absurdity make this a great fit for a party game with friends.

If you do play this is a party setting, the game has a built-in tournament mode to make the process easier.

Nidhogg 2 will release digitally on the Nintendo eShop later this month on Nov. 22. The game is also available for PS4 and PC. To see the game in action, check out the official trailer for the Switch release below.

For our thoughts on the game, read our 2017 review for the PS4 version.