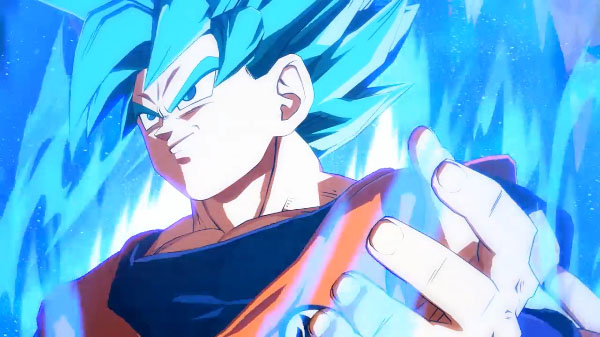 Yes, you read that right; Goku is going to be flying through Manhattan on Nov. 22 in this year’s Macy’s Thanksgiving Day Parade, in the form of a giant balloon.

Now I know Goku isn’t the brightest guy out there, but you don’t think he confused the parade for the World Martial Arts tournament, do you? Regardless, he’ll be among some of the most iconic characters in media, joining the ranks of Snoopy (Goku would definitely win in a fight), Olaf (also taking the W here) and Paddington Bear (…Paddington might win) in the parade.

Goku will be appearing in his Super Saiyan Blue form, which a widely popularized form from the most recent iteration of the hit anime series, Dragon Ball Super. His balloon form comes in at an outrageous 70 feet long, 36 feet wide and 56 feet tall, and was created in a collaborative effort with both Macy’s Studio artists and Toei animation.

The balloon is being brought to the parade in order to promote the upcoming North American release of the upcoming film, Dragon Ball Super: Broly. It is set to be the 20th Dragon Ball Film and is posed for theatrical release on Jan. 16, 2019.

I know I’ll only be tuning in if they give us a giant balloon of Piccolo wearing the outfit from the episode where he and Goku tried getting their driver’s licenses.

Let us know what anime character you’d need a giant balloon of to get you to watch the Thanksgiving Day Parade in the comments below!