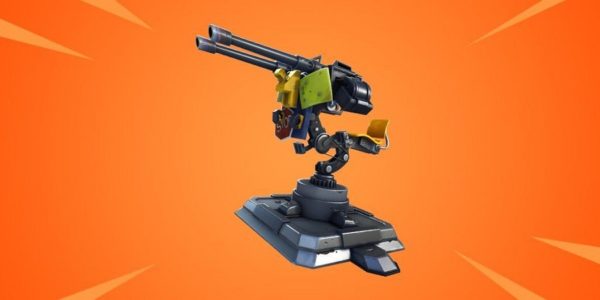 Fortnite’s 6.30 update is scheduled to go live today bringing with it new weapons, a new limited-time mode, alongside the expected suite of changes and fixes.

The Battle Royale side of things sees the introduction of Mounted Turrets. Categorized as Legendary Traps, they can only be placed on floors and manned by players from any team. Mounted Turrets use an overheat mechanic instead of ammo. Fortnite Battle Royale also gets a new limited-time mode called Food Fight, which aims to settle the dispute between pizza and burger fans with an unhealthy amount of lead and explosions. Matches start with an impenetrable barrier separating two under-construction restaurants, each housing one team’s mascot.

The two teams have some time to turn their restaurant into a fortress, after which the barrier drops, starting the all-out assault on the enemy’s base. There’s only room for one mascot in Fortniteland, it seems. Weapons are distributed through special supply drops at the start of the match. Players respawn after 7 seconds, keeping their inventory and dropping ammo and materials upon death. Update 6.30 also adds a new solo tournament in the form of the Scavenger Pop-up Cup. Scavenger caps materials at 500, introduces a faster harvesting rate and rewards players health for every kill.

Fortnite’s Save The World Mode has received loads of front-end improvements which make it easier to navigate its menus. New players should also find it easier to get used to the mode, as new tutorials, characters and quests have been added to its earlier portion. Skill Trees have been converted to Upgrade points and given their own Upgrades page in an effort to make them easier to understand. The same goes for Research Trees, which have also received a page of their own. Its not all menus and reworks though, as Save The World’s arsenal also grows with the addition of the Last Word Revolver, a mid-range weapon with a limited magazine but great headshot damage. It alternates between a precise but slow firing mode when aimed down sights and a quicker, less accurate spray when fired from the hip. Give the 6.30 update patch notes a read for the full list of changes.