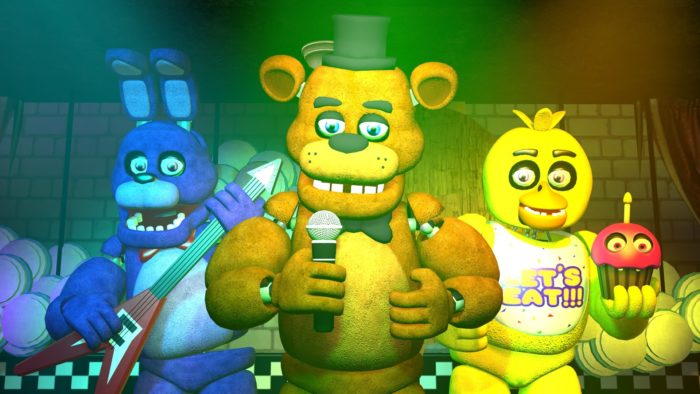 Five Nights at Freddy’s dev Scott Cawthon just announced that he will be porting over “new, improved, high-definition ports” of all the original Five Nights at Freddy’s games over to the PS4, Xbox One, Nintendo Switch, Android, and iOS devices. The announcement also came with a status update on his other planned projects, including the movie:

“New script being worked on.

OK guys, I had a script written; Jason liked it, and Chris Columbus liked it too, but I tossed it. I had a different idea for it, one that I liked better. I take responsibility for this delay; it’s my fault.

It’s been a real challenge for everyone, including myself, to come up with a good screenplay for this. But I’m determined to find the right story. I’m sticking to what I’ve always said, either the right movie gets made or no movie gets made. I hate delaying a project that’s already seen so many delays, but I have to go with my instincts on what I think will be exciting and interesting, and what I think the fan base will really want to see. If that means that I have to start over ten more times, then that’s what I’m going to do. The good thing is that each attempt gets better and better, in my opinion. So, despite the delays, it’s going in the right direction.

Interestingly enough, he brought up the idea of porting the game over to consoles over two years ago. Cawthon hadn’t shared any other details on the Five Nights at Freddy’s, but we’ll keep you posted as soon as we learn more.