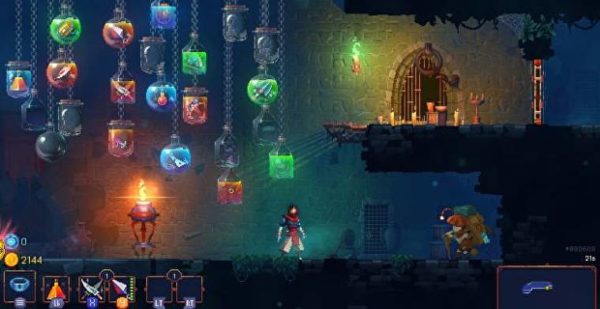 Dead Cells is one of our favorite indie rogue-lite games from this year, and while it was extremely satisfying to play, it was also very challenging.

If you have the game on Steam, you can check out the new Alpha update that Motion Twin has just rolled out to see what they’re currently working on. This is a pretty major update that definitely makes the game feel a lot more rewarding, but also much more challenging.

For starters, bosses will no longer drop legendary weapons when defeated. Instead, you’ll be getting a random weapon and skill. In addition to that, the Time Keeper herself has also been reworked and balanced to make her more challenging.

Other significant changes include the fact that enemies will no longer scale to your level and the number of scrolls you’ve picked up, which means you’ll definitely want to pick up every scroll you come across and make sure you’re well-prepared before heading into the late-game areas. In short, good luck in High Peak Castle.

The Sadism mutation has also been removed, and the YOLO mutation will now permanently lock its mutation slot once you’ve used it, which means you can’t replace it with another mutation once it’s been activated.

Dead Cells was already a pretty tough game on its own, and this new update should make things a lot more challenging for veteran players. This is still an Alpha update of course, so Motion Twin could still rework some things if they’re not working out. You can check out the full patch notes here.

Dead Cells is now available for PS4, Xbox One, Switch, and PC.