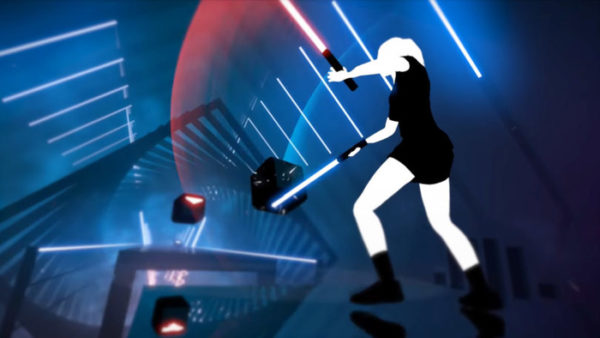 Beat Games Studio has announced that Beat Saber will be coming to PS VR on Nov 20 with exclusive content and features. The epic rhythm-based, foot-stomping, sword slashing VR game immerses the player in an experience that has you using two different colored swords to slash beats in two while keeping up with the music.

Sony has released a new gameplay trailer for Beat Saber and boy, let me tell you, it looks insanely cool and stylish. I myself, do not own a PS VR, but after watching this, I’m tempted to make an impulse purchase just to try it out:

Here’s the new content coming to the PS VR version of the game:

Beat Saber will be released for PS VR on Nov 20. You can play the game now on HTC Vive, Oculus Rift & WMR headsets.