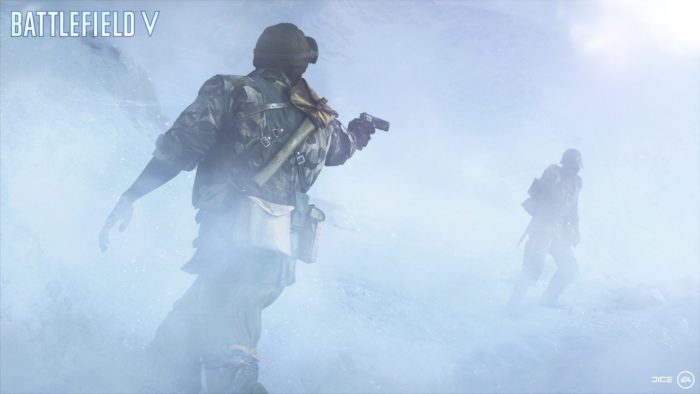 This morning the official Battlefield YouTube channel uploaded a teaser of what players can expect when Battlefield V launches on November 20, in regards to launch maps.

The trailer showcases the various “unexplored settings” of World War II frontiers that will be playable at launch in the games multiplayer modes. There will be a total of nine multiplayer maps upon release. These locations vary from France to Northern Africa. Additionally, maps in Norway and Holland will be available at launch.

The maps included in the teaser are:

Hamada is described as the largest of the available Battlefield V launch maps, which is set to the backdrop of Northern Africa. The gameplay design of this map was inspired by large vehicular battles of the second World War. The map Aerodrome is also set in Northern Africa, but within the confines of a ruined Axis airfield base. The central hanger is designed for both boots on the ground and vehicular combat, making this a more chaotic map than Hamada, contrasting the two Northern African based maps.

Moving on to the maps based in France, we have Twisted Steel. The focal point of this map is the gigantic and partly destroyed steel bridge. This is claimed to be the largest structure to ever have been built for a Battlefield title. The bridge was designed with attacking and defending in mind, as well as infantry combat. The marshlands surrounding the bridge are left more open, making it ideal for tanks to traverse. The trailer also features planes bombarding the bridge. Up next for the French locations is a map called Arras. This map has striking open fields that force infantry players to take cover from the tanks’ onslaughts by maneuvering through the map’s trenches. A small town within the fields is designed to be the converging point for both sides of the battle.

Holland is the next region to be shown off in the video with the map Rotterdam. The canal-based city has some tight entry points, as well as tall buildings that overlook more open areas of the map, making for great snipers’ nests. The map Devastation, also located in Holland, is described as the aftermath of the battling in Rotterdam. Buildings with multiple floors and tight corridors make this an “infantry focused map.”

Norway is the next destination with the map Narvik. Reportedly inspired by the invasion of Narvik in 1940. Set in a battle-scarred Norwegian harbor town, the residential locales inherently support close quarters combat, but this contrasted with the outer industrial areas. These are more open by comparison. Perhaps more interesting is the map Fjell 652, also set in Norway. Fjell 652 takes players to the peaks of a Norwegian mountain range. Aerial combat is a central focus of gameplay here, which leads to a “new combat dynamic” for Battlefield V. Vital areas, such as the mountain cabins, can be seized on foot. Dynamic weather is confirmed for this map, but the feature is not elaborated on.

To close the trailer out is a map scheduled for post-launch release known as Panzerstorm. The Belgium based map is inspired by the first recorded tank battle in World War II history. This map will not be included at launch with the other 8 maps detailed today, and will debut at a later date as part of the “Tides of War Chapter 1” post-launch content update.

Battlefield V launches on Nov. 20 for Xbox One, PS4, and PC.