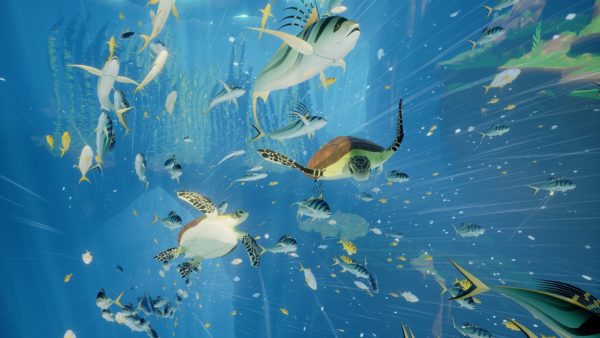 Developed by Giant Squid, Abzu is a gorgeous underwater exploration game that’s simply breathtaking. Most players liken it to Journey, which has that similar lonely vibe that you get while exploring a beautiful world.

Abzu was released for consoles and PC a couple years ago, and it looks like the game will be coming to the Switch as well. In fact, it’s due out for Nintendo’s hybrid consoles in just two weeks.

A lot of ABZÛ fans have told us they think the game would be great on the Nintendo Switch. We heard you, and we agree- it’s a perfect fit! ABZÛ on Nintendo Switch will be out REALLY SOON! Nov. 29! 😆

Over on the Giant Squid Twitter account, it was announced that the game will be released for the Switch on Nov. 29, so fans won’t have too long to wait before they can get their hands on it. And if you haven’t played the game yet, it’s certainly worth a look.

Abzu is now available for PS4, Xbox One, and PC.