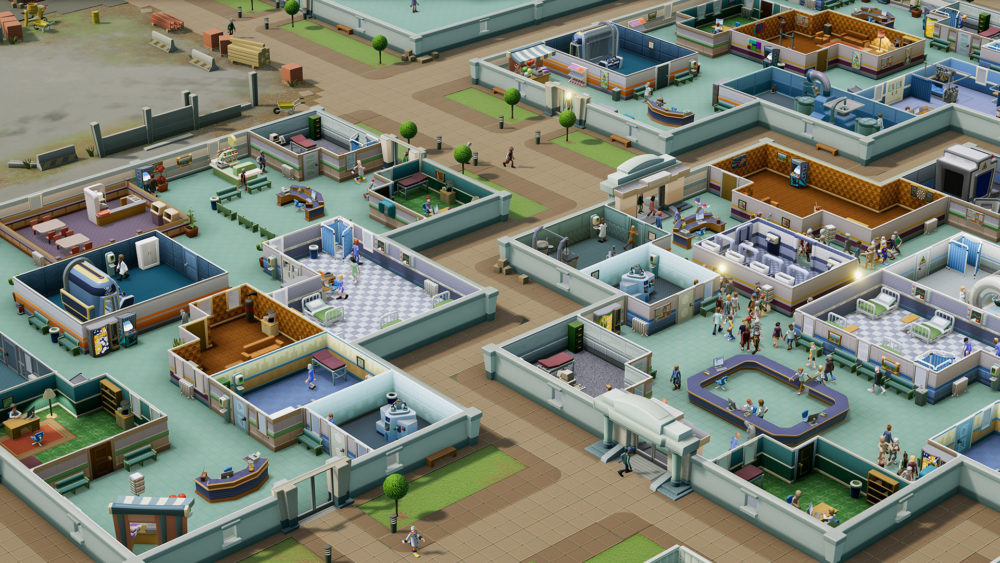 Two Point Hospital expanded today, with patch 1.08 adding the community-requested Sandbox Mode. This is good news, especially if you’re one of the players that fancy smacking some sense into Freddie Mercury wannabes but are none too keen on completing silly objectives that require training your staff or keeping your hospital attractive. Sandbox Mode unlocks as soon as you’ve reached 1 star rating in the first three hospitals. Afterwards, you can set up a sandbox playthrough on any one of the game’s 15 levels from Two Point Hospital’s main menu.

You can alter things like the starting amount of cash and kudosh as well as set the hospital’s income multiplier. Choosing the environment’s temperature, turning epidemics, disasters and VIP visits on or off are also there to fiddle with, alongside a few other features. Patch 1.08 also brought a small number of other changes to Two Point Hospital. These include the ability to rename hospitals and dedicate rooms capable of both diagnosis and treatment to just one of the activities. Staff can also no longer resign after being fired. That’ll show them.

In case you’ve been busy with other stuff, like that one cowboy game everyone’s talking about, Two Point Hospital has seen an increase in pumpkins and spooky music lately. This is courtesy of its Spooky Mode which “will be available until just after Halloween.”, so there’s still a bit of time to see it for yourself. Our reviewer found Two Point Hospital to be a worthy spiritual successor to Theme Hospital. Give the review a read to find out why.