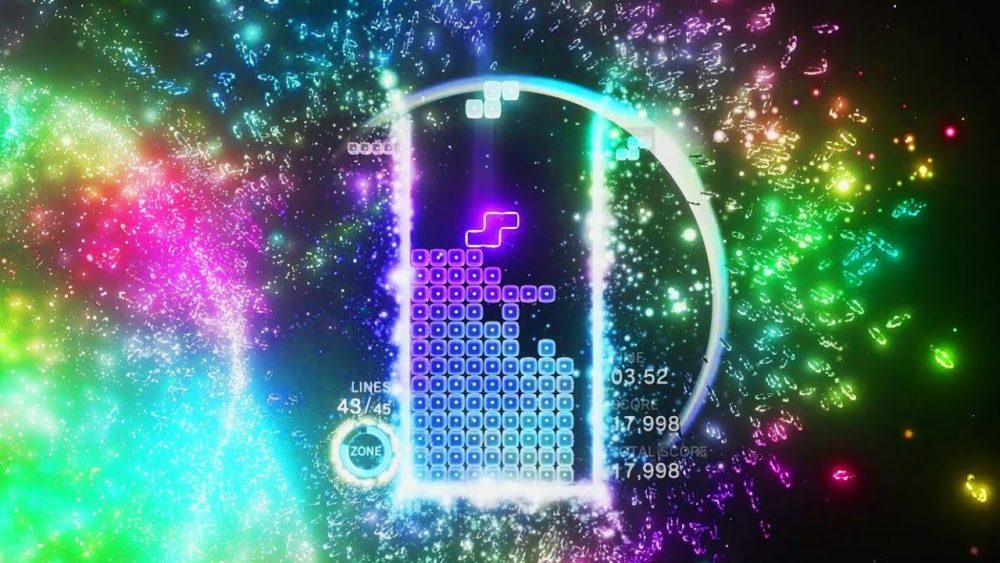 Resonair has announced that their upcoming PlayStation 4 game Tetris Effect is getting a physical release. Sony Interactive Entertainment will be publishing the physical version, while Enhance Inc. is publishing the digital version. There are some pre-order bonuses for both versions, too.

First, the digital versions of Tetris Effect are getting a 10 percent pre-order discount. All digital pre-orders on the North American PS store get the discount. European players will need a PlayStation Plus membership to get the deal. Pre-orders for both continents are open as of today, with Asia orders opening on Oct. 16.

Also, all pre-orders, digital or physical, in the Americas or Europe will also get some extra digital goods. An original soundtrack sampler is one of those goods. It features seven tracks from Tetris Effect. Digital pre-orders in the US can redeem the sampler immediately after ordering.

In addition to the sampler, pre-purchasers will also receive a pack of seven avatars. The avatars can be used on PSN profiles and are based on in-game avatars.

Besides the music and avatars, early buyers get a theme to use on their PS4 dashboards. The theme plays the song “Connected (Yours Forever)” which was in the announcement trailer for Tetris Effect and is on the soundtrack sampler.

Meanwhile, the game will be featured at the Classic World Tetris Championship, with a playable demo on hand. The CTWC will take place at the Portland Retro Gaming Expo Oct. 20-21.

Furthermore, for players who can’t attend the expo, there will be details on a public demo coming soon.

Tetris Effect is being developed by Resonair, with Tetsuya Mizuguchi acting as game director. Mizuguchi is known for his work on rhythm games Rez and Space Channel 5, among others. Similarly, Tetris Effect will be based around music.

Tetris Effect will be released both digitally and physically for PS4 on Nov. 9. It will incorporate music and rhythm into the core gameplay of standard Tetris. The game also features a PSVR mode, or up to 4K resolution and 60 FPS on a PS4 Pro.