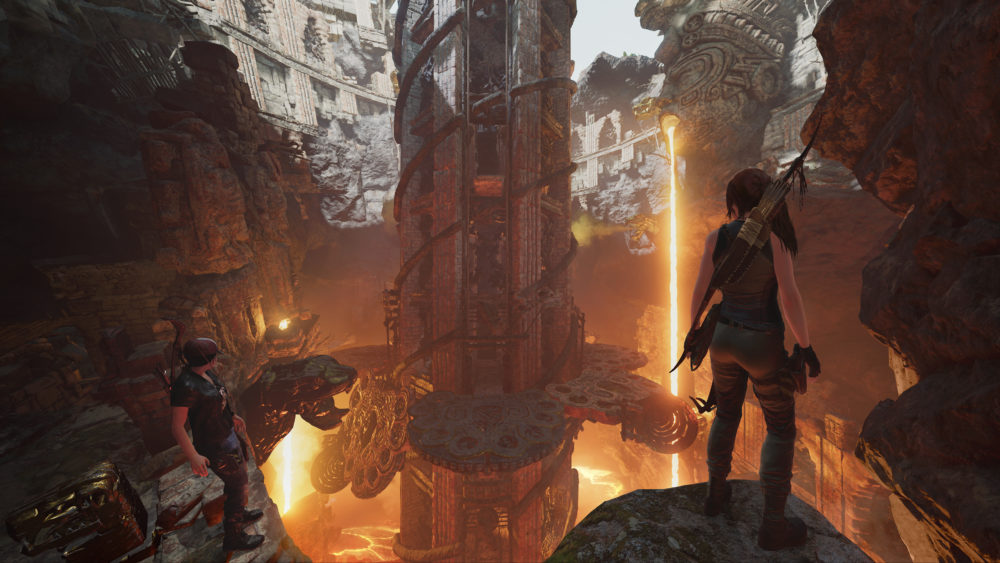 Square Enix has announced that the first DLC for Shadow Of The Tomb Raider will be available worldwide on Nov. 13 on Xbox One, PS4 and PC. The Forge comes with a new, cozy challenge tomb in which lava has made itself at home. “In her DLC debut, Lara must brave the lava-flooded Forge of the fallen gods to uncover the secrets of Kuwaq Yaku. Throughout her journey, she will uncover details about a friend’s ancient legacy, and overcome a danger long thought to be lost in flame.”, the announcement on the publisher’s website reads.

The Forge will be playable in both single player and co-op. Aside from the satisfaction gained from completing the tomb itself, players will also be rewarded with the Grenadier skill, the Brocken outfit, alongside the Umbrage 3-80 weapon. The DLC will also add Score Attack and Time Attack modes. This is only the first of seven DLC packs that will release on a monthly basis. Priced at $29.99, Shadow Of The Tomb Raider’s Season Pass gives access to all planned DLC. Those seeking to purchase The Forge on its own can do so for the price of $4.99.

If you’re just now picking up the game, our wiki page is bound to hold answers to at least some of your burning questions. Looking to see what we thought of the title? Give our Shadow Of The Tomb Raider review a read.