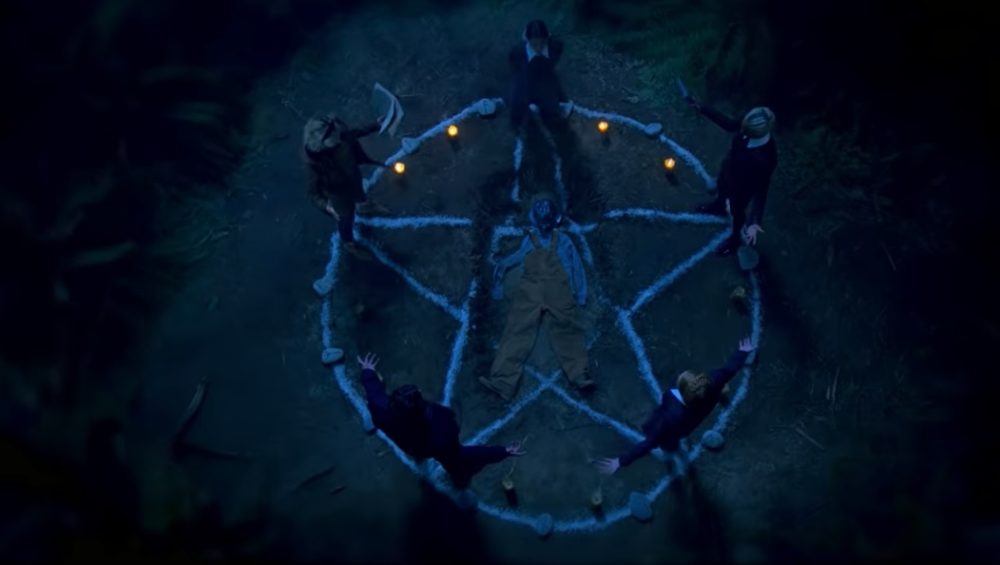 Netflix has put out a new trailer for their upcoming show Chilling Adventures of Sabrina. Warner Bros. is developing the series for Netlfix. Its creator is Riverdale writer and showrunner Roberto Aguirre-Sacasa. Aguirre-Sacasa is also CCO of Archie Comics.

Fittingly for Riverdale alum, the trailer shows Sabrina to be dark and filled with drama, sprinkled with black humor. In it, we see a teenage Ms. Spellman coming up on her 16th birthday. She must choose whether to live in the world of witches or mortals. We also get a sweet Night of the Living Dead reference. The titular character’s decision is the main conflict here, with her torn between friends or family. As a half-witch half-human, she has one foot in each camp.

We also get a look at Sabrina’s aunts, Hilda and Zelda, played by Lucy Davis and Miranda Otto, respectively. Kiernan Shipka (Sabrina,) Michelle Gomez, and Richard Coyle are among the show’s talented cast. Salem Saberhagen will be making an appearance, too, but as of now the actor hasn’t been revealed.

Chilling Adventures takes place in Greendale, which is located somewhere near Riverdale. Originally, Sabrina was being developed as a more connected spin-off of Riverdale. There are no current plans to cross over with Riverdale, however, according to the CW. The first season streams on Netflix Oct. 26, just in time for Halloween.

Who’s ready for their dark baptism?