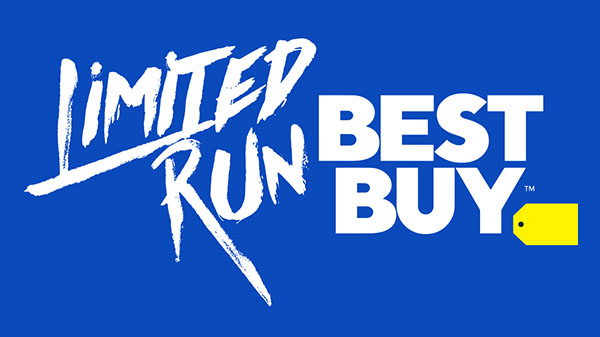 It’ll soon be time to get physical down at your local Best Buy, as stores throughout the United States will be stocking limited quantities of games published by Limited Run Games.

If you’re not familiar with the company, Limited Run Games is a company that, as the name implies, produces physical versions of digital-only games in very low quantities.

Up to this point, the only chance to nab these limited releases was through the company’s online store or being lucky enough to run into them in person at a convention or something.

Soon, this will no longer be the case, as Limited Run Games has recently announced a partnership with Best Buy in which the company will stock a small amount of Limited Run Games’ releases and sell them in stores and online.

The only games currently mentioned to be sold in Best Buy are the Switch versions of Yooka-Laylee and Golf Story.

Limited Run Games assured that Best Buy will only be selling new games published by the company, not any of their past titles. No previously released games are receiving reprints through Best Buy. Limited Run explicitly states, “we’ve said no reprints since we started back in 2015 and this does not change that.”

Not all of the company’s releases will be sold through Best Buy, only those that it is “interested in.”

Limited Run has also said that Best Buy is likely to only carry “three-to-seven copies of any given title on a shelf at release.” Best Buy copies of games will still be numbered but will have different cover art than the versions sold on the Limited Run website.