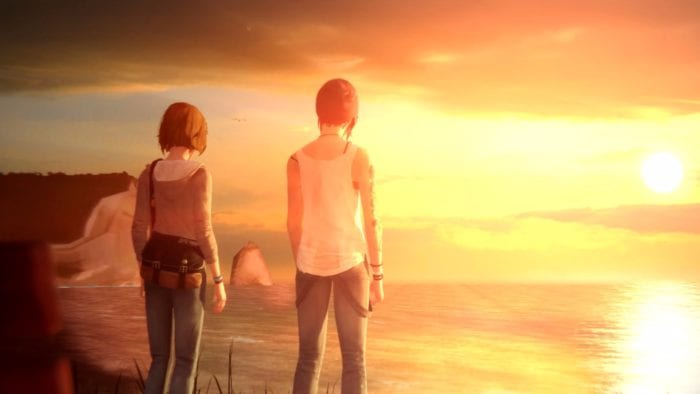 Welcome to Blackwell Academy, a comprehensive guide book covering the characters, world and lore of Life is Strange, is available now, and the author has provided some insight on how it was made and plays into the game’s lore.

Released in the U.S. on Oct. 9, Welcome to Blackwell Academy serves as a guide to the Life is Strange universe with facts and details related to the first game and its prequel, Before the Storm. Written and designed as a guide that would exist within the universe and be used by students of Blackwell Academy, it provides insights into the lives and behaviors of characters from the games’ protagonists’ point of view.

In commemoration of the launch, the guide’s author Matt Forbeck provided some insight on how the book was written to make readers feel like they’d be getting a view of the town and its characters from the perspective of the series’ protagonists.

“I had played a little bit of Life Is Strange before Matt Ralphs at Titan Books approached me about working on it, but my kids — particular Marty and Pat — are huge fans of the series,” Forbeck wrote in a post to his blog. “They coached me through playing through every bit of both Life Is Strange and Before the Storm and debated all sorts of contentious bits about the games with me, helping me clarify things in my mind as I tried to figure out what it would be like to live inside the world of the games.”

The guide book also boasts the aesthetic of a high schooler’s survival guide, complete with graffiti and comments left by characters and students, but Forbeck encouraged those who buy the book to take it a step further as they see fit.

“I encourage you to ding your copy around,” he wrote. “To tote it around in a backpack, drop it, scuff it, and maybe even write in it yourself. And swear in it as much as you like. For authenticity.”

First seen with the launch of season one’s first episode on Jan. 29, 2015, Life is Strange has continued to grow in popularity in the years since. The series has received wide praise for its characters and storytelling, and the first episode of its second season has turned heads with its takes on racism and the current political climate.

Welcome to Blackwell Academy is currently available through most major retailers for $39.99, with a temporary sale price of $31.84 via Amazon. For more on the Life is Strange series, check out our piece on how the first episode of Life is Strange 2 and the way it addresses topics like race and politics hits home.