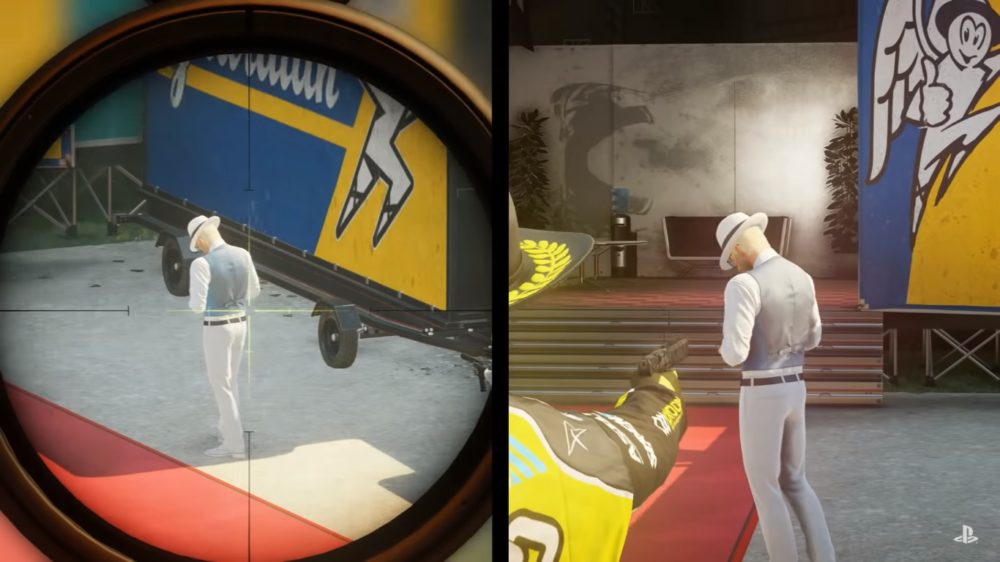 Warner Bros. Interactive Entertainment and IO Interactive have announced a brand new competitive multiplayer mode for Hitman 2. Ghost Mode is a 1-versus-1 online competition which has players compete to assassinate the most targets in the shortest time possible.

You play as Agent 47, and so does your opponent. When playing Ghost Mode in Hitman 2, players will begin their matches in the same map, with the same targets and conditions. This means that you’ll both have access to the same tools and opportunities when each round begins.

At the start of each round, both players begin side-by-side and must race to take out the same targets faster and cleaner than their opponent. This means scouring the area for weapons, items, outfits and ghost crate supply drops. Those who develop the best strategy from what’s given to them will eventually become the victor.

While players hunt targets in Hitman 2, they will be able to see a “ghost” version of their rival. Since your rival exists in a separate reality, one player cannot affect the actions of their adversary. It’ll still be an interesting way of gauging your opponent’s progress, and to see if they managed to get into areas you can’t.