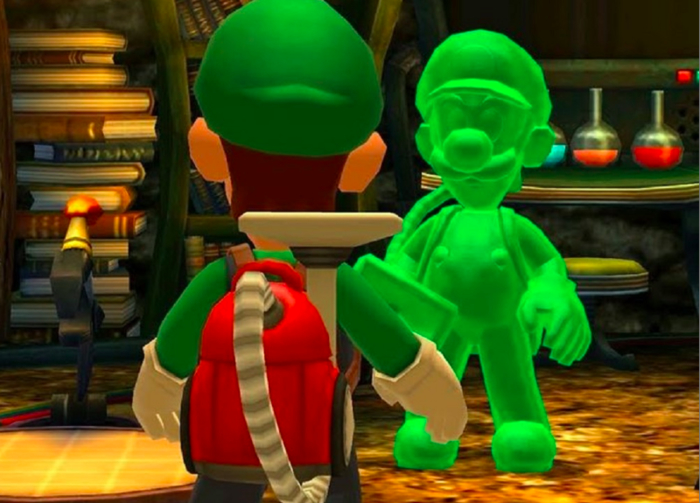 Luigi continues to be the butt of the joke in the world of Nintendo. They killed him off in the Super Smash Bros. Ultimate character reveal trailer for Simon and Richter Belmont, and ever since the Year of Luigi in the Wii U days, he’s just been in the backseat of Mario’s car.

Now, in Luigi’s Mansion, which has just been ported over to the Nintendo 3DS as an enhancement to the original GameCube version, Professor E. Gadd has created a clone of Luigi that is used when playing through the story with a second player and guess what? This all-green version of Luigi has a name and backstory to go along with it –it’s all very Coo Coo bananas (via Destructoid).

According to the official Super Mario Wiki, Gooigi is a clone of Luigi that was created by Professor E. Gadd during the events of Luigi’s Mansion: Dark Moon, which means that Gooigi does indeed come from the future (cue dramatic music). He was sent back in time to past E. Gadd and Luigi in order to test his abilities and usefulness hunting ghosts.

You can team up with your gooey counterpart in the local multiplayer mode using another 3DS. Keep in mind that in order to play through the entirety of the game with a second player, that person must also own Luigi’s Mansion. If they don’t have a copy, you can still play together, but only in boss fights and training mode, which is slightly unfortunate.

Luigi’s Mansion is now available for the Nintendo 3DS, with Gooigi and all.