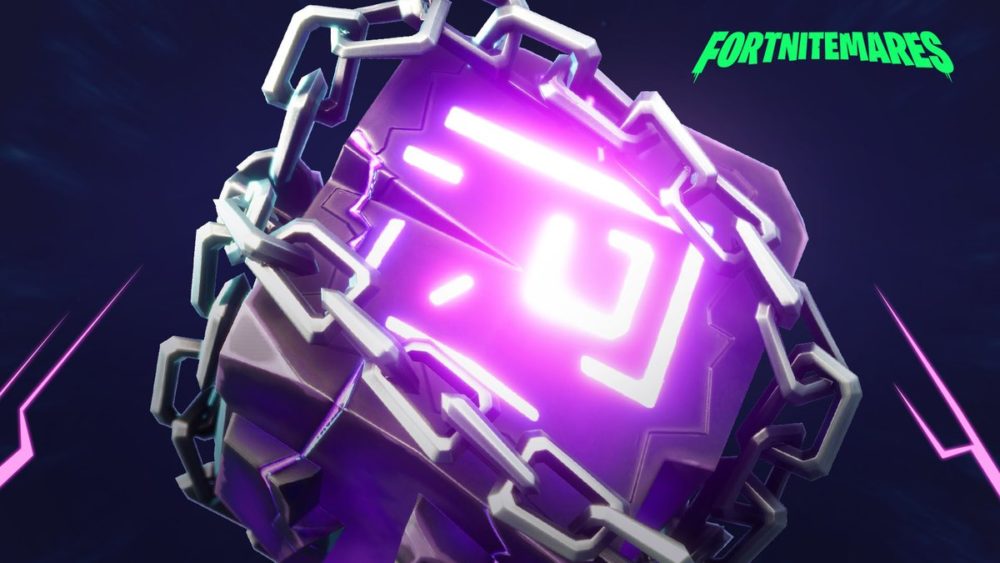 Beginning on Saturday, the tweets have been little more than short rhymes accompanied by mysterious images, but it’d be a surprise if it wasn’t a hint about an upcoming Fortnite Halloween event.

The first tweet, which you can see below, was released at 10am ET on Saturday.

Costumes and dancing,
Partner up, be wise.
They could be friendly,
Or a ghoul in disguise. #Fortnitemares pic.twitter.com/vOasjQEj1k

Then, the second tweet, which included an image of the famous cube chained up, came exactly 24 hours later.

That brings us to today, Oct. 22, when a third tweet was released. This once featured an image of a purple hand holding a revolver. Maybe it could hint towards a new weapon, or maybe it is just the weapon of choice of the figure in the first tweet.

Take the shot,
If you have enough to last.
The wind calls out,
“Fill your chambers, fast.” #Fortnitemares pic.twitter.com/y6jkzM0vnR

After the second tweet, it was pointed out that the teasing images may fit together somehow, but it’s difficult to see how the third image fits.

This means that we are likely to see either another tease at the same time tomorrow or a full reveal of the Fortnitemares event. Whichever happens, we’ll be sure to keep you updated.

In the meantime, be sure to check out all our tips and tricks on Season 6 of Fortnite.