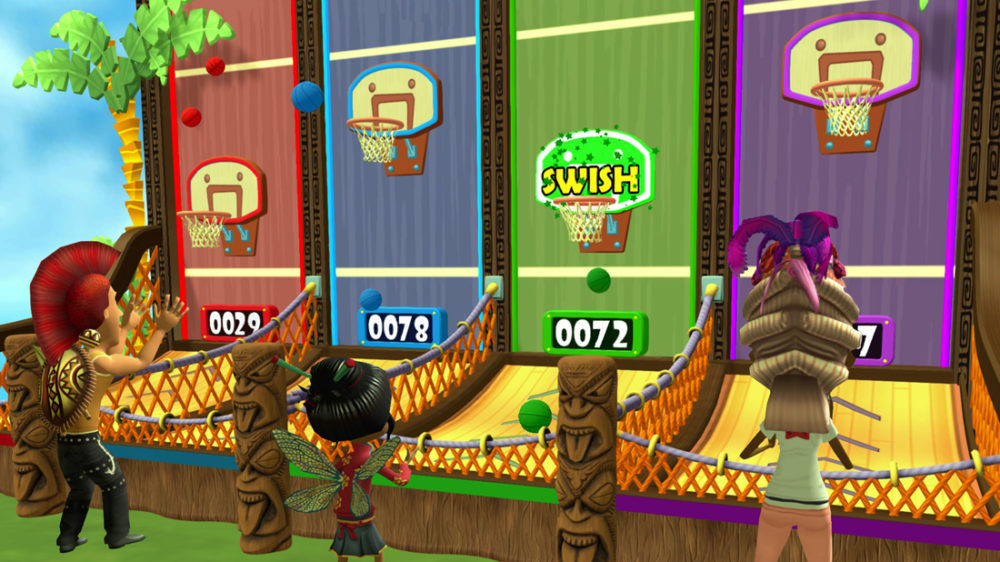 The 2007 multiplayer party game Carnival Games is coming to the Xbox One, PS4 and Switch, according to a listing on the 2K store. The game will release digitally for all consoles on Nov. 6, physically for Xbox One and PS4 on Nov. 20 and will sell for $39.99 on all platforms. Pre-orders are available now.

Big news coming from the Big Top! Carnival Games will now be available on PS4, Xbox One and Nintendo Switch on November 6. Bursting with 20 exciting mini-games that can be played with up to four players, Carnival Games is fun for the whole family. More: https://t.co/gkfI3TIFYd pic.twitter.com/uvLet2P2wU

“Carnival Games brings the party back for the entire family!,” the listing reads. “With both fan-favorite and brand-new mini-games all in one package, Carnival Games offers fun for everyone and can be played alone or with up to three others. Hit home runs, pile the highest stack of cakes, and take your horse to the finish line. 20 total mini-games will have you and your friends stepping right up to win again and again!”

This upcoming port will support up to four players for a co-op experience that features new editions such as “flying drone racing” and “cosmic bowling.”

While Carnival Games might not be the 2K announcement that fans are clamoring for, it was a massive success on the Wii and DS. The game has sold 9,5 million units lifetime but also has a Metacritic score of 56 for it’s Wii version. Also, this isn’t the first time the game was brought back. In 2016, 2K released Carnival Games VR for the HTC Vive, PlayStation VR and Oculus Rift.

Will you be picking up Carnival Games this fall? Is there another announcement you are more excited for from 2K? Let us know in the comments below!