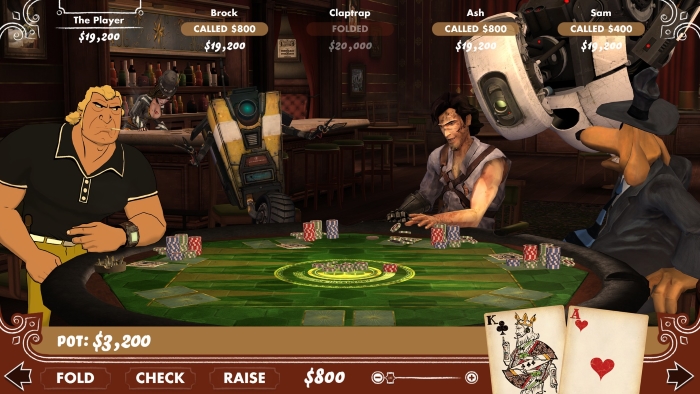 Telltale Games’s Poker Night 2 has been removed from various digital platforms due to expired distribution agreements, according to the company’s support website.

“Poker Night 2 has been withdrawn from sale on digital platforms due to the expiration of our digital distribution agreement,” the company wrote under the ‘Classic Games’ support page. “We currently do not have any plans to renew this agreement.”

The game originally launched in 2013 for PC, PlayStation 3, Xbox 360, and iOS devices. The support page also lists the steps for accessing the game on each platform for previous owners, since delisting a title from the digital marketplace does not remove it from customers’ libraries. The game’s store pages may still appear, but it is not purchasable. For example, the Steam store page for Poker Night 2 is currently selling Poker Night at the Inventory, the previous game in the series.

Like Poker Night at the Inventory, the sequel featured a cast of characters from different franchises –Ash (Army of Darkness), Brock Samson (The Venture Bros.), Claptrap (Borderlands 2), and Sam (Sam and Max series)– all interacting and playing poker at the same table. The series was notable for rewarding Team Fortress 2 items, avatar items, or themes depending on platform.

Poker Night 2 is not the only Telltale game to be delisted with Wallace & Gromit’s Grand Adventures and Law & Order: Legacies also removed from sale for the same reason. It is not uncommon for licensed games to be removed from digital marketplaces due to non-renewed contracts, as Marvel Ultimate Alliance and Deadpool have suffered the same fate.