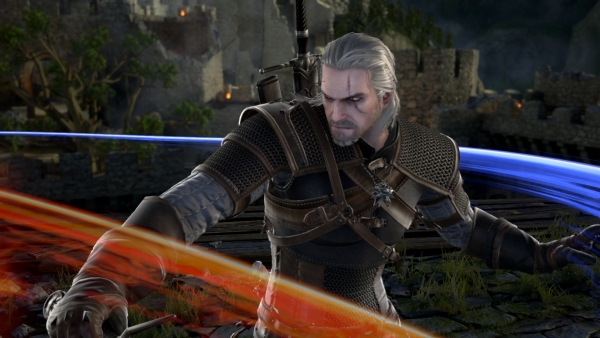 With SoulCalibur VI launching next month, Bandai Namco is looking to polish its netcode for release. The game’s open beta is now live on PlayStation 4 and Xbox One, and will be available for play over the weekend from Friday, Sept. 28 at 8am PT till Sunday, Sept. 30 at 8pm PT.

To participate in the network test, Xbox One users will need an Xbox Live Gold subscription to play online. For PlayStation users, you won’t need a PS Plus subscription and can play the beta for free.

Despite this being a test for the game’s netcode, Bandai Namco has a wealth of characters for you to try. There are 16 characters playable, including Mitsurugi, Sophitia, Grøh, Nightmare, Xianghua, Kilik, Ivy, Zasalamel, Siegfried, Taki, Yoshimitsu, Maxi, Talim, Tira, as well as Geralt from The Witcher. Keep in mind that Tira is a paid DLC character and won’t be available on the initial roster at launch.

During this network test, you’ll only have access to online Ranked Matches. However, the mode does include an option to limit latency and to set a preferred region.