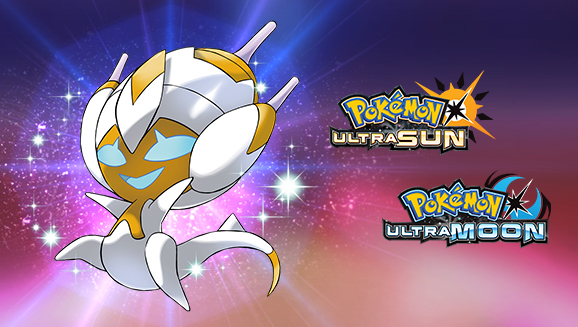 Despite its summer of legendaries coming to a close, The Pokemon Company is continuing to regularly release otherwise unobtainable Pokemon. This month’s distribution is the Ultra Beast Poipole, and it’ll be available at GameStop from Sept. 17 through Oct. 7.

Codenamed UB Adhesive, Poipole became the most adorable addition to the list of growing Ultra Beasts in Pokemon Ultra Sun and Ultra Moon. The Poison-type is the only Ultra Beast to have an evolution line, and its evolution Naganadel is huge a competitive threat to be reckoned with. Upon its debut, Naganadel quickly became a beast on the competitive Pokemon scene thanks to its unique Dragon and Poison typing.

This Poipole will come with the move Dragon Pulse, so it can evolve at any time and will also know Venom Drench and Nasty Plot, giving participating players a competitive edge as soon as they pick it up. The shiny Poison Pin Pokemon will also be at level 40 and have the ability Beast Boost.

US Trainers, a special Ultra Beast is heading to your local @GameStop store! Wild Poipole are usually purple, but this Shiny Poipole is pearly white! Head to GameStop to get your code for Shiny Poipole between September 17 and October 7! https://t.co/kZ4sfipduz pic.twitter.com/vBSH1Diuig

Introduced in Pokemon Sun and Moon, Ultra Beasts provided the biggest story-based addition to the Pokemon World. These UBs were first seen as terrifying, uncontrollable monsters that could possibly rival the power and might of legendary Pokemon. During Ultra Sun’s and Ultra Moon’s campaign, the Ultra Recon Squad makes several appearances as trainers and hunters of these illustrious Ultra Beasts.

The shiny Poipole will be available at participating GameStops from Sept. 17 through Oct. 7.