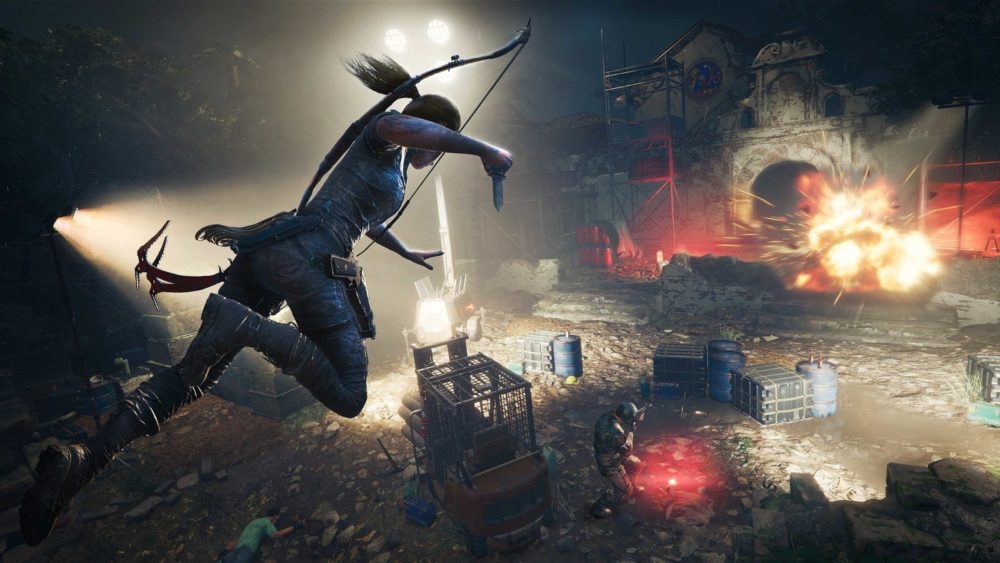 Despite Shadow of the Tomb Raider’s review embargo dropping today, Square Enix has managed to capture a bucket-load of hype with the game’s launch trailer. As expected, the teaser is heavy on action and, obviously, raiding tombs.

What shines most in the trailer is the developer’s mastery of action sequences. It all boils down to a montage of insane set-pieces, with the video’s slow, environment-focused start descending into the reboot’s quintessential fast pace.

Visually, as reviews have already stated, the title is stunning. Square Enix has already proved it can make a good looking Tomb Raider project with its previous efforts, but Shadow’s jungle and tropical-inspired locales shine on the game’s engine.

Tombs, too, are a major focus, with the trailer offering a look at some claustrophobia-inducing segments, including a section where Lara has to crawl through an impacted grave site:

A bundle of screenshots, embedded below, were also released, offering a more in-depth look at the title’s graphical fidelity and art direction. The screenshots include an image of an updated Lara holding a bow, a look at the series’s staple rope-puzzles, as well as a look at the game’s tomb and outdoor environments.

Shadow of the Tomb Raider is set to release this Friday, Sept. 14. Be sure to check out Twinfinite’s positive review of the game, which was described as “a great finale to modern Lara Croft’s trilogy of adventures.”