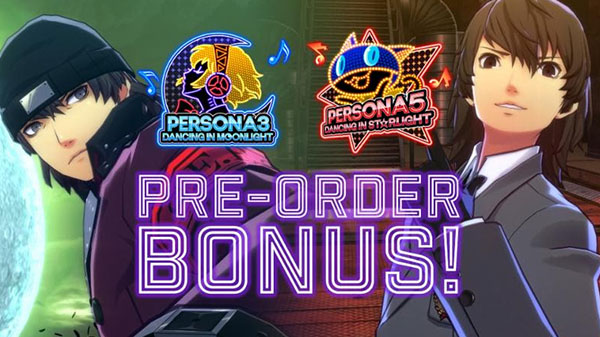 Atlus has announced a pair of pre-order bonuses for the upcoming Persona 3: Dancing in Moonlight and Persona 5: Dancing in Starlight, that’ll also be available in day one editions of the two games. Pre-ordering Persona 3 dancing will nab the character Shinjiro Aragaki as well as his bonus song “Battle Hymn of the Soul,” while pre-ordering Persona 5 dancing will get you the detective Goro Akechi and his bonus song “Will Power.” You can take a look at a new trailer for the bonuses down below.

Atlus has also clarified that because the PS Vita version are digital only, anyone that buys the games within the first two weeks of release will receive the bonuses, based on which respective games they purchase.

Persona 3: Dancing in Moonlight and Persona 5: Dancing in Starlight are scheduled to release on Dec. 4, for PS4 and PS Vita. In other Persona-related news, you can take a look at a pair of recent trailers for Persona Q2, highlighting Chie Satonaka and Futaba Sakura.