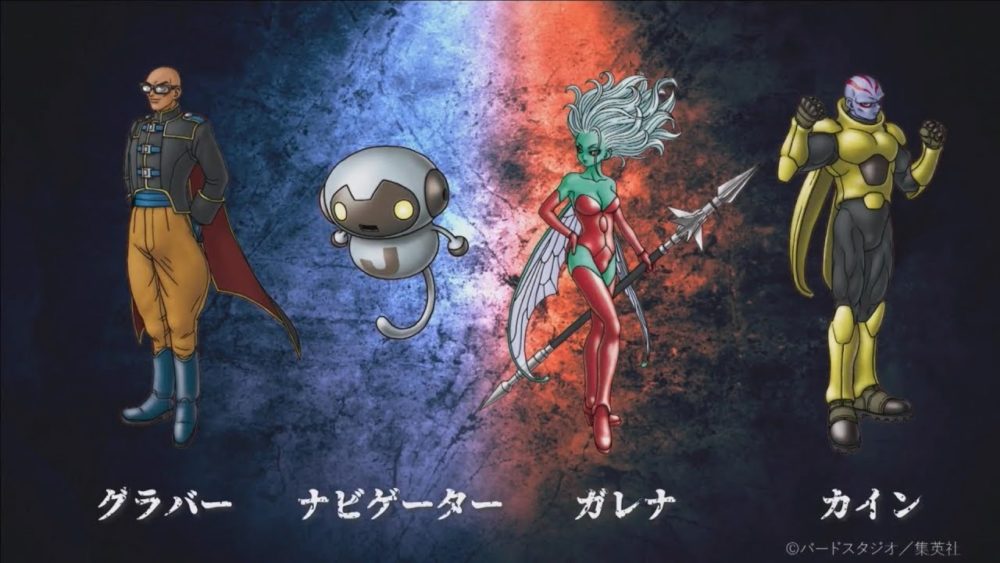 The Tokyo Game Show is well underway and Bandai Namco has taken the opportunity to show off a bit more of their upcoming Jump crossover, Jump Force. Earlier today, Yusuke and Togoro from Yu Yu Hakusho were revealed for the mash-up brawler. That was far from last reveal Jump Force had up its sleeve, as we got a good look at the original characters for the game, designed by none other than manga legend Akira Toriyama.

Bandai Namco released a brief trailer giving an illustration and narration for all four characters. The Jump Force Director, Glover will provide the narrative string that brings these Jump characters together. Navigator, a trusty looking robot buddy, will be your support system during the game. We also get a good look at the two big bads, Galena and Kane. How involved the game’s narrative will be is still up in the air, but it’s clear Bandai Namco and Spike Chunsoft are attempting to add more meat on this crossover’s bones.

Jump Force was originally unveiled at Microsoft’s press conference at E3 earlier this year. This game is set to pull characters from across the Jump multiverse to fight in our own reality. Goku, Vegeta, Freiza, Luffy, Naruto and others duke it out using their iconic movesets. Check out the latest gameplay trailer for Yusuke and Togoro here.