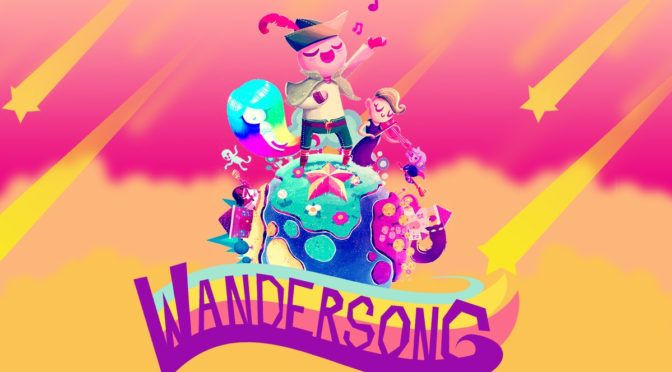 Beginning its development in 2015, the whimsical music-focused Wondersong is releasing for Switch, PC and Mac on Sept. 27 and utilizes unique gameplay mechanics that allow players to interact with a colorful world like never before.

Wondersong was initially developed by dreamer and indie game producer Greg Lobanov and was launched onto Kickstarter in early 2016. After a successful campaign, Lobanov quickly got to work on the project, hiring employees to assist in building this moving, magical realm of infectious tunes. One specific element of Wondersong makes it that much more different from typical musical games.

Rather than mashing buttons on-beat or to a specific rhythm, players interact with the world through singing. In a world that’s begging to be explored, the bard you control has multiple abilities based on how he sings. Plants bend to his will, nature re-shapes itself and even poltergeists can be repelled by his magical pipes.

Wondersong’s website provides a brief description of the game:

“Wandersong takes you on a whimsical, musical journey across the globe. Eons ago, the goddess Eya put the universe into motion with her music–now, as she does every epoch or so, she’s going to sing a new song and reset existence. You play as a lowly bard tasked with finding the pieces of a mysterious melody called the Earthsong, which is said to be able to preserve the planet. Use your singing to help characters, solve puzzles, and save the world!”

Wondersong will be available on Switch, PC and Mac on Sept. 27.