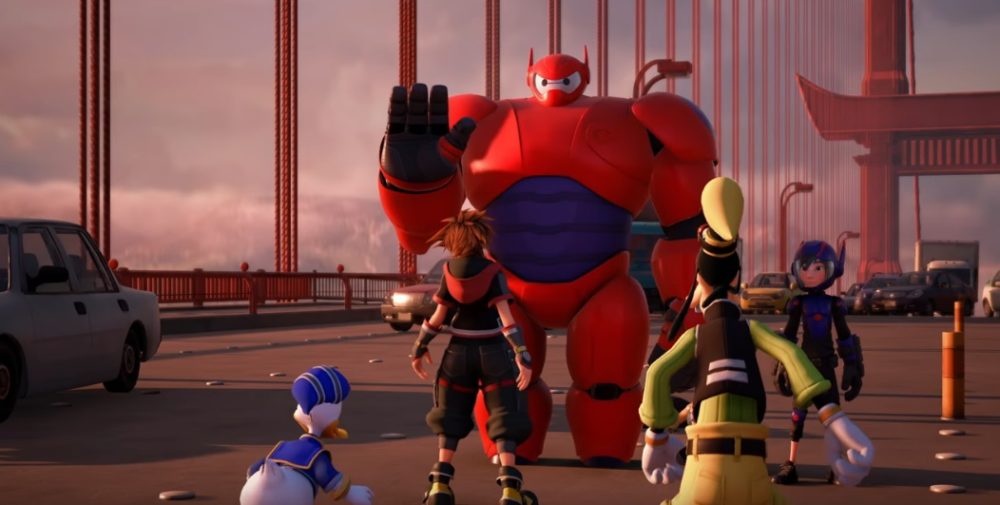 Square Enix showed off a brand new trailer for Kingdom Hearts III at this year’s Tokyo Game Show, and it gave us a new look at one of the Disney worlds set to be included in the game, Big Hero 6. You can check out the new trailer embedded down below.

In it, we watch Sora, Donald, and Googy get acquainted with Baymax himself, along with Hiro, the movie’s main protagonist. In addition to that, the trailer brings more gameplay footage from the Tangled and Monsters Inc worlds, and we also get a glimpse of Randall, the main antagonist of the Monsters Inc movie. All in all, Kingdom Hearts III is still looking pretty damn good with the updated visuals and fast-paced action gameplay.