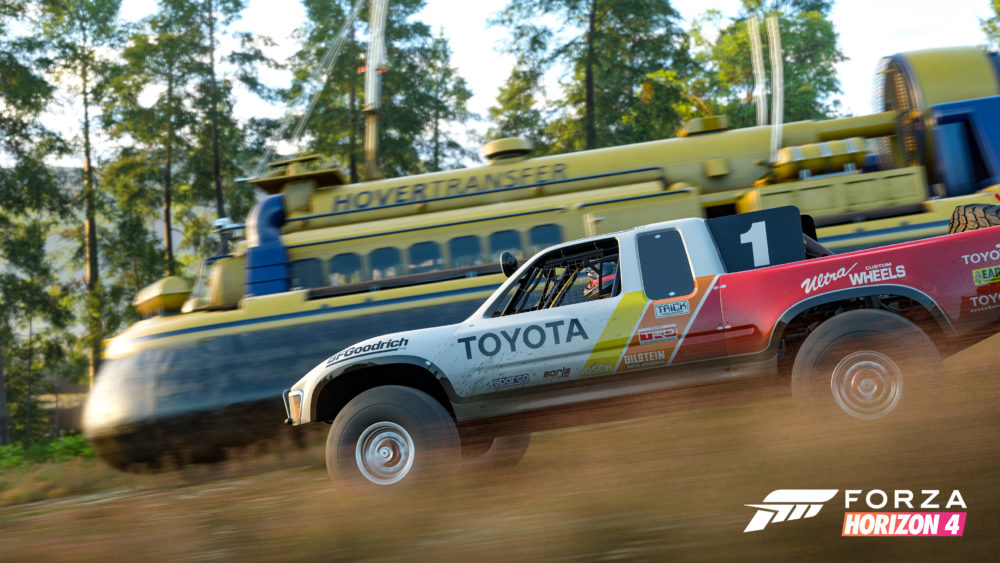 Is Forza Horizon 4 Coming to PS4?

Forza Horizon 4 is the latest tile out of Playground Games. This time, the open world racing festival is making its way to the UK, with beautiful views, a plethora of vehicles, and an abundance of racing-related challenges to check out. While Forza Horizon 4 is already known to be coming to PC and Xbox One, owners of other platforms may be getting a bit jealous. It’s pretty fantastic, after all. Well, here’s whether or not Forza Horizon 4 is coming to PS4.

Unfortunately, PS4 owners are fresh out of luck. Forza Horizon 4 almost definitely won’t be coming to PS4. Playground Games was just this year made a part of the Microsoft Game Studios family. This means that Horizon 4’s developer, Playground Games, is now a first-party studio of Microsoft. Just how Naughty Dog is a first-party studio of Sony, for example.

When it comes to first-party studios, the games they develop are almost always exclusive to that system. Furthermore, Microsoft has made it clear Forza Horizon 4 is not coming to PS4, by whacking its ‘Xbox One Console Exclusive’ banner on the cover art.

While this may come as disappointing news to PS4 fans, fear not. If you’re looking for something to scratch that racing game itch, you’ve always got Polyphony Digital’s GT Sport. Alternatively, there’s always Ubisoft’s The Crew 2 if you’re looking for open world racing. Though, we didn’t like it quite as much as we did Horizon 4.

Simply put, there are other options for racing games to look at with Horizon 4 not coming to PS4. However, if you were holding out for Forza Horizon 4 or a future entry in the series coming to Sony’s system, you’re fresh out of luck.

That’s all you need to know on whether or not Forza Horizon 4 is coming to PS4. For more tips, tricks, and information on Forza, be sure to stick around and search for Twinfinite.

Comments
Continue Reading
Related Topics:coming to ps4, Forza Horizon 4, Guide, How to, is it