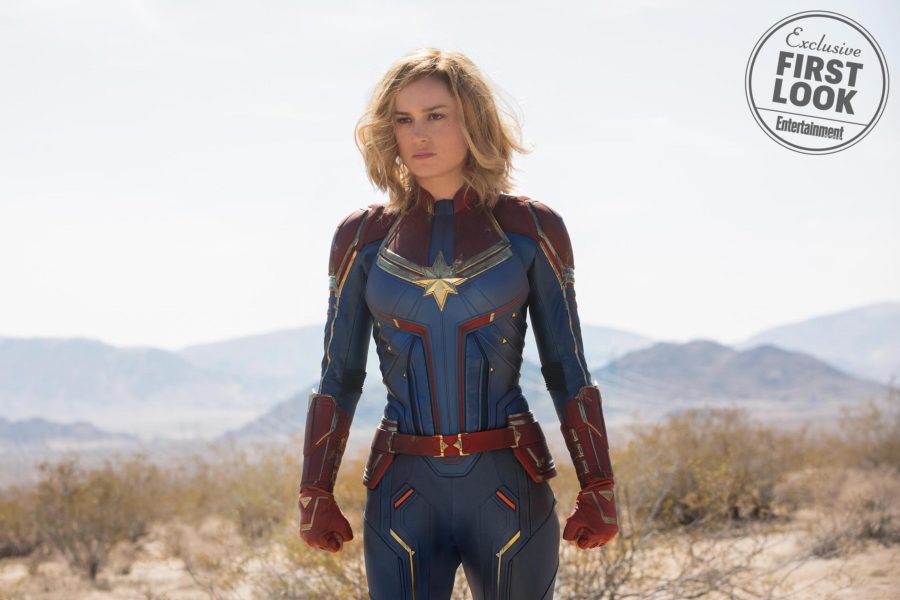 Entertainment Weekly has provided an exclusive first look at Brie Larson suited up as Captain Marvel aka Carol Danvers. Captain Marvel will be Marvel Stuidos’ 21st feature, and is poised to be the first female led film for the studio. The film will bridge the gaps between Infinity War and Infinity War 2 (or whatever it may be called) as Captain Marvel was teased by the former’s after credits scene. EW also got a new synopsis of the film, and it seems like Marvel Studios may be bypassing the traditional origin story for this one.

“EW’s cover (below) finds Carol somewhere between the Earth and the sky — a fitting place for a hero who’s trying to figure out how to reconcile her alien abilities with her more human flaws. Directed by Anna Boden and Ryan Fleck, Captain Marvel sidesteps the traditional origin-story template, and when it begins, Carol already has her powers. She’s left her earthly life behind to join an elite Kree military team called Starforce, led by Jude Law’s enigmatic commander.”

Captain Marvel will be a bit of a period piece, with at least a good portion of the movie set to take place in the 90’s. It has been announced that the film will feature a younger Nick Fury, with both eyes intact no less. EW also has some exclusive images from that film that you can check out here.

Originally introduced in 1968, Carol Danvers is infused with Kree DNA from the warrior Mar-Vell, the original Captain Marvel. Carol had held the mantle of Ms. Marvel for a number of years before taking over the Captain Marvel mantle in 2012 under the helm of Kelly Sue DeConnick.