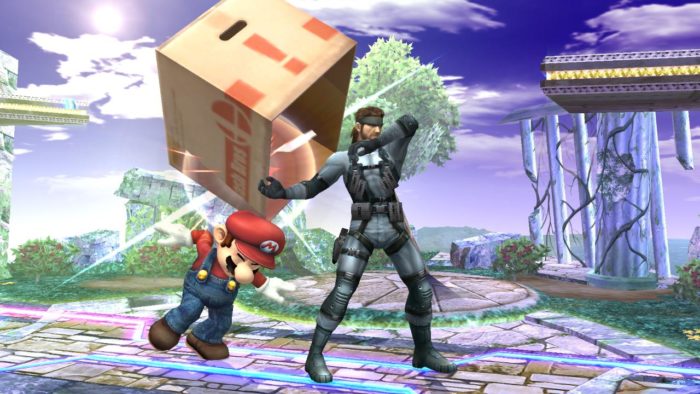 For fans of David Hayter’s work, his upcoming involvement in Super Smash Bros. Ultimate appeared as a golden opportunity for the veteran voice actor to reprise his role as Solid Snake.

Sadly, according to the voice actor’s comments at Fan Expo, Nintendo has not asked Hayter to record any new codec calls, instead opting for Hayter to revise the lines Snake already had in Brawl. Fans have been discussing the possibility of new codec calls ever since Ultimate revealed its largest roster to date.

During a fan panel at Fan Expo, Hayter was asked whether these fan-favorite codec calls will be seeing new additions in Ultimate, which the actor quickly denied. He stated Nintendo has not asked him to record anything new at this time but is still open to recording new lines of dialogue if the company asks.

One of Snake’s many funny idiosyncracies in Brawl was his ability to establish codec calls regarding his enemies, leading to a fourth wall breaking recon rundown of his opponent. In the context of Smash, this ends up with Snake asking for information about the nefarious Diddy Kong, for example, ensuring moments of hilarity.

Hayter has been missing from the Metal Gear Solid series since the fourth installment, with fans still bitter about his absence during Metal Gear Solid V: The Phantom Pain. Kiefer Sutherland was instead chosen to voice Venom Snake, the protagonist, breaking the series’s 17-year affiliation with the voice actor.

Ultimate is set to release on Nintendo Switch Dec. 8, 2018. Hopefully, we’ll be seeing new lines for gaming’s very own sneaky bandana-wearing and box-hiding patriot. If not, then this may be the last opportunity for the beloved character to ever have new lines, and that’s a damn shame.