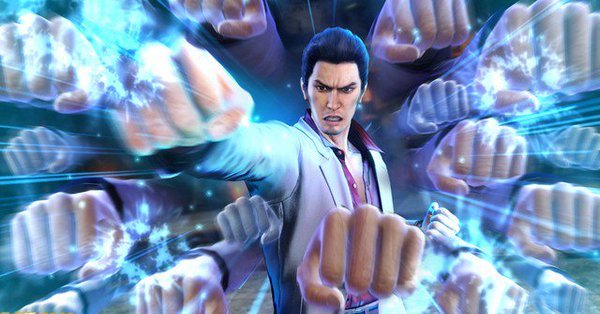 Sega has announced that Fist of the North Star: Lost Paradise will be getting a fee Kazuma Kiryu skin, available to all players from Oct. 2 – Oct. 15. You can see a trailer for the free skin down below, showing Kiryu pulling off some of the trademark Hokuto Shinken moves.

The skin doesn’t actually change anything about gameplay, it’s just a visual change that replaces Kenshiro with Kiryu. However, considering Kiryu’s voice actor, Takaya Kuroda, voices Kenshiro in the Japanese version of Lost Paradise, it’s a fun little twist. The game tells an original story that loops in many of the characters and themes of the Fist of the North Star manga, and as a whole the game uses most of the Yakuza voice actors for different characters, in order to fit its tone. The Kiryu skin was available in the Japanese version of the game at launch, but this is the first official confirmation we’ve had of the skin being available in western versions.

Fist of the North Star: Lost Paradise will launch on Oct. 2, exclusively for PlayStation 4. A demo of the game is currently available on the PlayStation Store, and you can see our own hands-on impressions of the game from E3 right here.

What do you think of the Kiryu skin for Fist of the North Star: Lost Paradise? Are you still going to play as Kenshiro, or are you planning on playing the whole experience as the Dragon of Dojima? Leave a comment below and let us know.