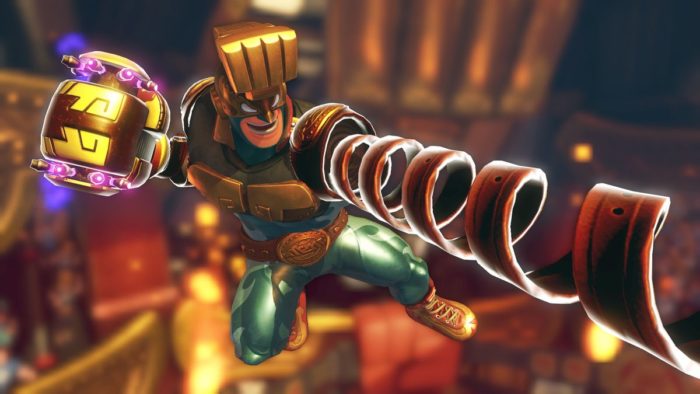 Nearly four months after the last update for Nintendo’s fighter ARMS, the game is getting another update out of the blue, bumping it up to version 5.4 The update was announced via the ARMS Japanese Twitter today, although it wasn’t said exactly what the update will entail.

The tweet, like most from the Arms Twitter, is done in the voice of Biff the announcer, and he even hints that there might be a potential new character joining the roster. Biff mentions walking by Dr. Coyle’s lab recently and hearing him talk like there’s someone else there. Keep in mind as well, that the Nintendo Switch Online Service goes live later today, so it could also loop in some kind of new integration for that.

Since it’s release last year ARMS saw a number of updates and changes including new characters, balancing, features, and more. At this point, we’ll likely have to wait until version 5.4 actually goes live to see whatever is being added.

ARMS is currently available on Nintendo Switch. In other Nintendo related news, if you happened to miss anything from last week’s Nintendo Direct, you can catch up on all the big announcements here. We also found out this week that you can apparently use Nintendo Gold Points to pay for the Switch’s Online subscription.