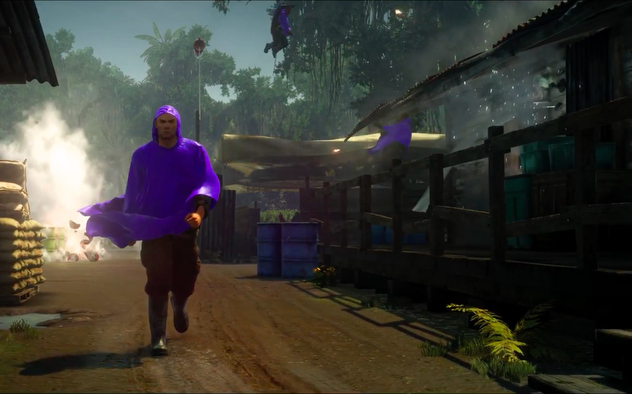 The creative killer Agent 47 has a trio of cartel leaders in his sights in the latest trailer for Hitman 2.

Released Sept. 25 via the game’s official Twitter, the trailer takes viewers to Colombia, one of several locations they can sneak, climb and murder their way through in the final release of the game. Three prominent leaders of the country’s drug cartels have gathered in one location, and it’s up to Agent 47 to ensure they never walk away to continue on with their dirty dealings.

As always, there are a variety of different ways for the hairless hitman to do away with them: One could stage an all-out assault on them and their guards with nothing but a hammer; or, one could wait for their targets to walk underneath a precariously hanged chandelier, sniping the chain that hold it aloft at just the right moment. There are several shots that hint at other tactics which could prove useful and hilarious, including a lingering view of a hippo submerging itself in a pool with a target nearby.

The full trailer for Hitman 2’s Colombia level can be viewed down below.

The follow-up to the 2016 episodic reboot of the franchise, Hitman 2 sees protagonist Agent 47 return to his work as an assassin across a variety of locals. Unlike its predecessor, the game will be released whole-sale with DLC expected following release. Since its announcement at E3 2018, the game has seen a preview trailer for its Miami level, wherein players can choose between a more traditional method of killing a pair of siblings or something as outlandish as an assault staged against them and their guards using cooking utensils from a nearby kitchen.

Players can choose for themselves how they’ll do away with their targets when Hitman 2 releases on Nov. 13 for PlayStation 4, Xbox One and PC. For more on the game, check out our hands-on preview from E3 2018 where we did everything from dress up as a flamingo to blow up race cars.