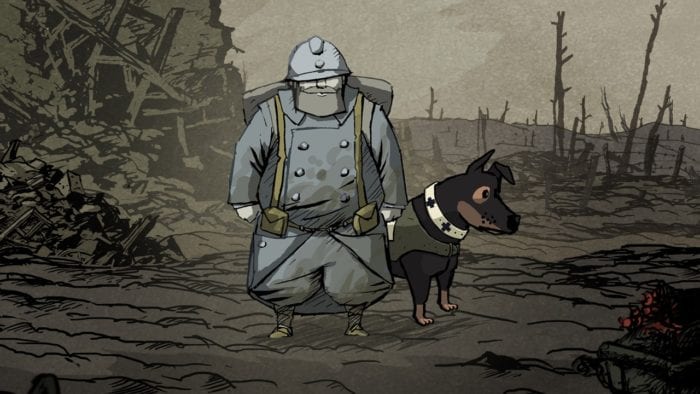 Child of Light: Ultimate Edition and Valiant Hearts: The Great War will both be coming to Nintendo Switch this fall, Ubisoft announced. Child of Light will be the first to release on Oct. 11, with Valiant Hearts following a little later on Nov. 8.

“Aurora, a young girl from 1895 Austria, awakens on the lost fairytale continent of Lemuria. To return home she must fight against the dark creatures of the Queen of the Night, who have stolen the sun, the moon and the stars. At stake is not only Lemuria, but Aurora’s true destiny.”

And the official description of Valiant Hearts,

“This is the story of crossed destinies and a broken love in a world torn apart.

All of them will try to survive the horror of the trenches following their faithful canine companion.

In Valiant Hearts, the lives of all these characters are inextricably drawn together over the course of the game. Friendship, love, sacrifice and tragedy befall each one as they help each other to retain their humanity against the horrors of war.”

Are you excited to see Child of Light and Valiant Hearts come to Nintendo Switch? Now that the door is open, would you like to see any other recent Ubisoft games make their way to the system? Leave a comment and let us know.