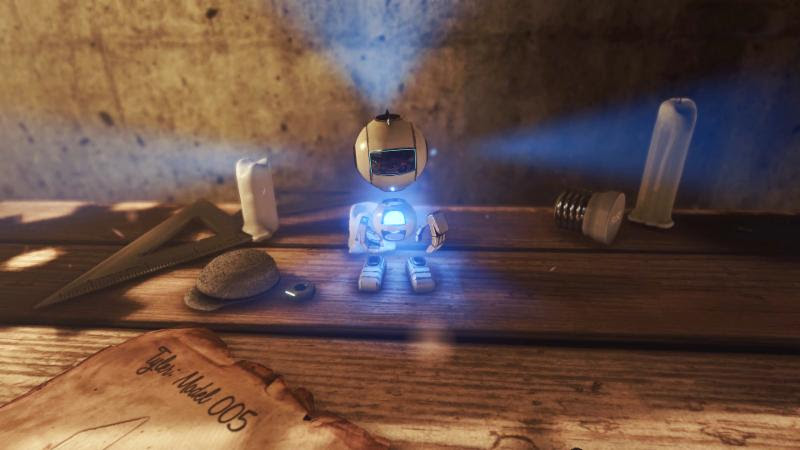 Maximum Games has announced the latest project in its portfolio, Tyler: Model 005, a new 3D action-platformer that takes place in the ’50s. It’s coming to Xbox One and Steam this month at a budget price, so you can give it a try and see if it’s for you without breaking the bank.

Tyler is a miniature robot who’s powered on after laying dormant for quite some time by a big, strong thunderstorm. His home is in shambles, and his creator has gone missing. Tyler takes it upon himself to figure out what’s gone wrong, what’s happened to his home, and most importantly, where his creator has gone. Powered by light, Tyler must avoid the darkness or he’ll lose power and never unravel the mysteries laid out before him.

The tiny robot has to navigate a large space with rats, spiders, and other hazards as he deals with chairs, stairs, bookshelves, and other big items that threaten to keep him from reaching his goal. He’ll have a ton of different weapons to use, at least, like boxing gloves, cherry bombs, a bolt-blade, and a selection of outfits as well to help flesh out a skill tree.

Tyler: Model 005 is a digital-only release that’ll be available Aug. 21, 2018. If you’re interested in trying out, check out the trailer. Tyler’s actually quite adorable, so you might be swayed to spend the $9.99 on his adventure.