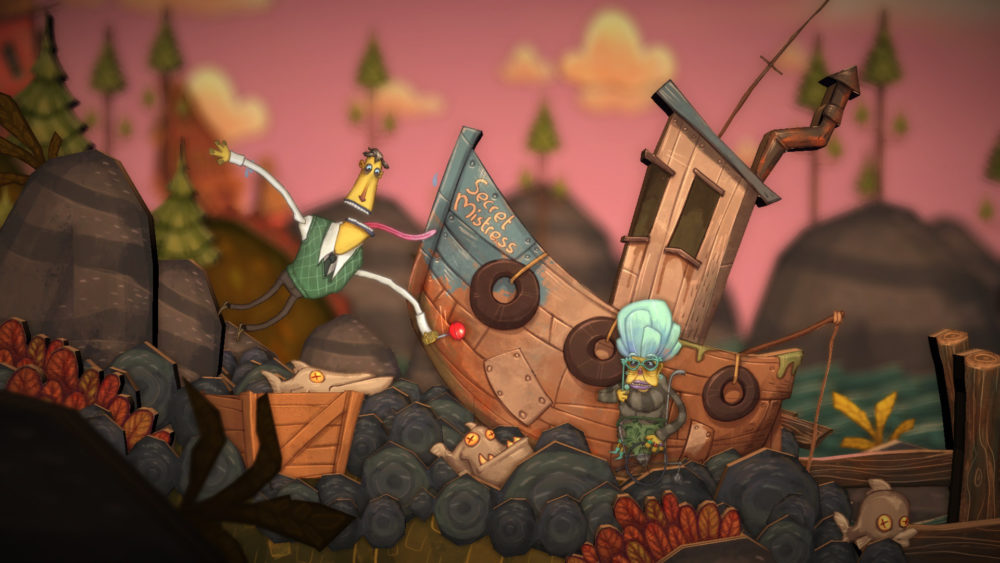 The appropriately bizarre Flipping Death is coming to PlayStation 4 next week from Zoink Games, the same studio that brought you Stick It to The Man. It’s a ghost story with unique characters where there are two different worlds, one drawn on one side of the cardboard, and one on the other. Heavily inspired by Tim Burton, you just may see some characters that look familiar, since the games and Burton’s work share similar art styles.

You take on the role of character Penny Doewood, who dies on her way home from the job she’s jus lost. She ends up in the weird world of The Otherwise, where the newly dead are doomed to wander around as ghosts. Penny begins working with Death himself in a weird turn of events, and the rest is history as she starts working to help out ghosts with their bizarre laundry list of problems.

There are various puzzles to solve as you make your way through both worlds, and you can even possess humans to complete said puzzles. The game is much like a platform in some segments, and others you’ll need to uncover secrets and story elements to complete various missions.

Flipping Death is poised to hit PlayStation 4 on Aug. 7, so you’ll have it well in advance of the coming Halloween season. Looks like it’ll be the perfect selection for any spooky streams you might have planned.