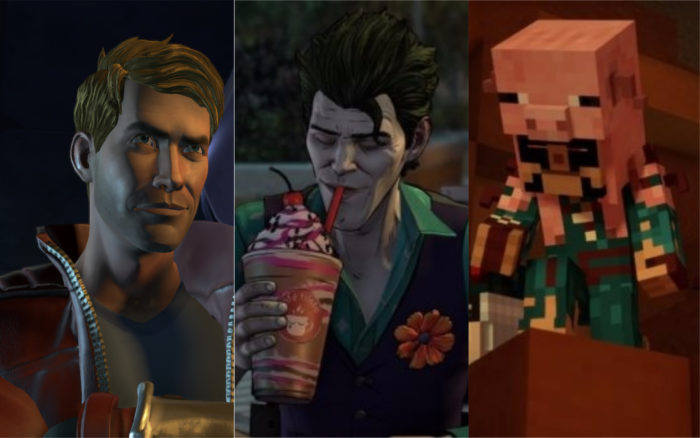 The past few years haven’t been ideal for story-driven title developer Telltale Games, but they hope to correct that starting with their approach to this year.

In an interview with Eurogamer, Telltale Games’ executive producer Brodie Andersen spoke on the changes the company is looking to make in the development and release of their games moving forward, from swapping over development from the studio’s in-house engine to Unity to their studio’s development schedule. On the technological side, Andersen admitted he thought the studio had let players down in terms of the quality of their games’ engine.

“It was really important this season to build some time in to make some improvements to the Tool to add polish and quality of life experience,” Andersen said to Eurogamer, speaking on the use of the in-house engine for The Walking Dead: The Final Season. “Rendering was one of the big ones, we now have fully dynamic lighting, we’re using a different art style we call Graphic Black which is tailored to look like a living comic book.”

Likewise, the studio has considerably dialed back the number of episodes released for games this year, reduced from nearly 20 episodes across five series in 2017 to only four episodes this year, all for The Walking Dead: The Final Season.

“There hasn’t been as many products in the marketplace this year compared to previous which has allowed us to focus more and move to more of working on one game at a time with a dedicated team,” Andersen said. “We know we ran a little hot in previous years and weren’t able to fully deliver the experiences we may have wanted to, so that was important to focus in on a polished quality experience players love. We took that to heart before the development of this season and this team is excited about it.”

This all comes in light of a massive restructuring of the company over the past year. In 2017, the company appointed Pete Hawley as its new CEO, following internal issues which were further elaborated upon earlier this year. The studio also saw 25 percent, or 90 members of its development team, laid off in November of 2017. According to Telltale, the move was made to ensure the studio could be “more competitive as a developer and publisher of groundbreaking story-driven gaming experiences with an emphasis on high quality in the years ahead.”

Since then, the studio has been able to make several significant changes, notably with the development and release of The Walking Dead: The Final Season. Most notably, every episode is set to be released within six weeks of each other and, for the first time, every episode has already received a tentative release date.

For more on Telltale and their games, check out our take on how The Walking Dead: The Final Season salvages Clementine’s soul after the events of the third season.