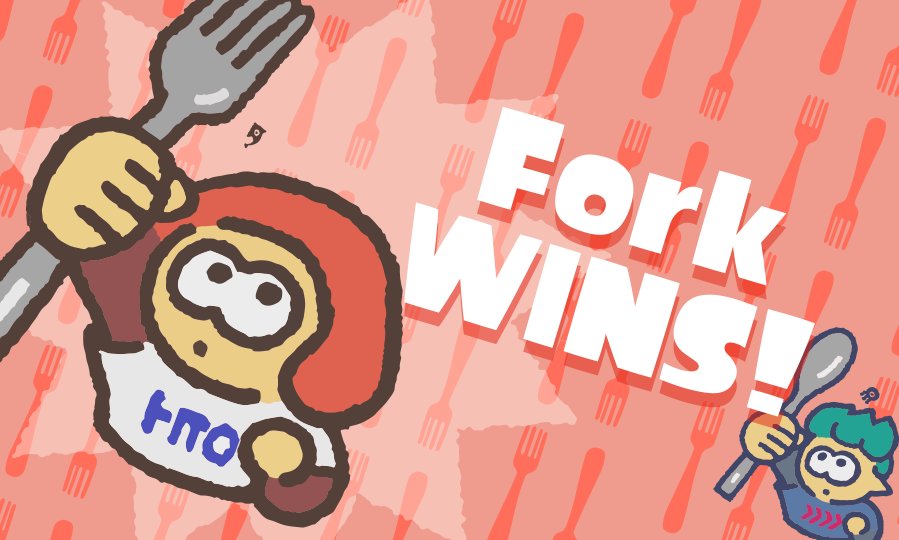 The latest Splatfest results are officially in, and it looks like Team Spoon will using its oval shape to drink their own tears as Team Fork has won in a huge lead at 2-1. 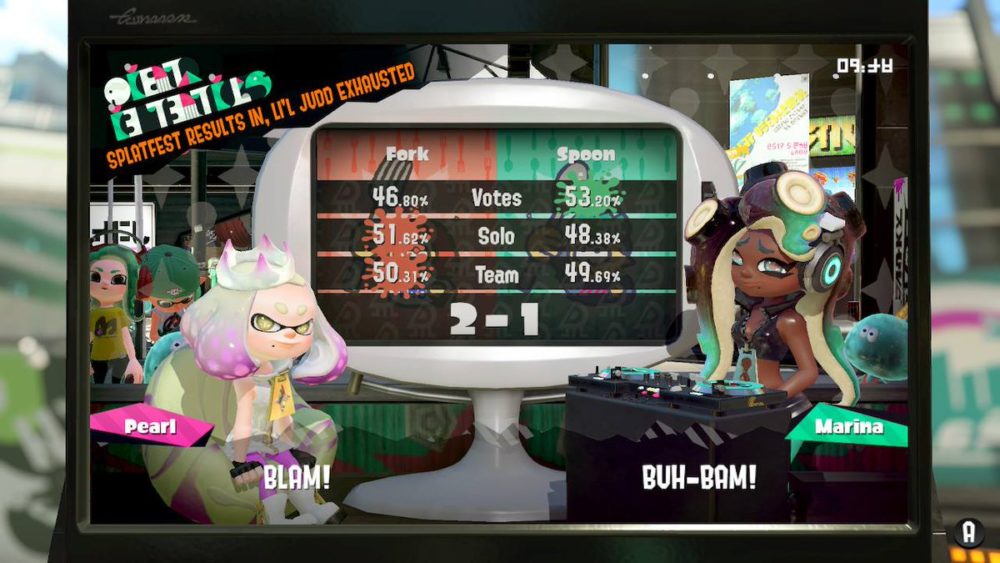 Interestingly enough, the last few Splatfests have had very similar results with one team winning the most votes, but losing in both Solos and Team games. These include the Squid vs. Octopus Splatfest with Squid winning 2-1 with only 44% popularity, and the Pulp vs. No Pulp Splatfest with Pulp winning 2-1 with only 33% popularity. Looks like those with more to prove work harder in the long run after all.

While the next Splatfest has yet to be announced, here’s hoping it is something just as dividing as Fork vs. Spoon. However, you might notice less players participating in the next one, as September marks the beginning of Nintendo charging for its online services on Switch.

With Nintendo Switch Online now costing $19.99 a year for an individual membership, this will likely lower the number of players participating in Splatfest when online has thus far been provided for free since the Switch’s launch in March 2017.