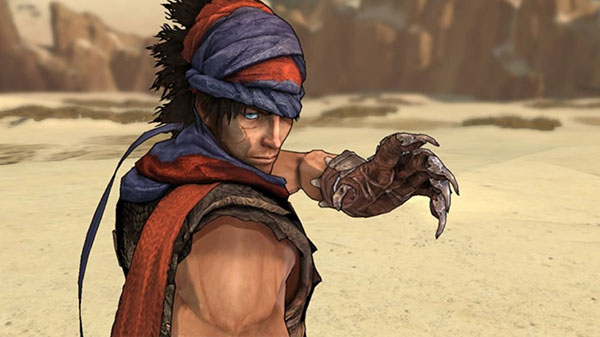 Looking for more titles to add to your ever-growing collections of backward compatibility Xbox 360 games? You’ve got your wish as of today, as Microsoft has just announced a set of new games that were just added. Starting today, if you’ve got them in your collection already (or want to go buy them on the cheap), you can pick up Earth Defense Force 2025, Prince of Persia, and Sine Mora to play on your Xbox One. Not bad, considering all of them should be going pretty cheaply at your local used game store!

To be clear, this is the Prince of Persia that had everyone up in arms when the new female character Elika was introduced, and you take the role of the Prince who has to take on a dark god while healing an ancient Persian kingdom of a dark plague. You do have to do a lot of backtracking later in the game, but it’s still well worth playing.

Earth Defense Force 2025 is a hilarious arcade-y take on alien invasions where you’re tasked with destroying a ton of giant bugs before they take over the world. It’s no picnic, that’s for sure, and the enormous insects will keep you on your toes at every single turn.

Finally, Sine Mora is a horizontal shooter that acts as a great throwback to a simpler time, though it introduces some unique components not often seen in the genre. From Story Mode to Arcade Mode, it lets you manipulate time to your advantage while soaring through the skies taking out enemies.

Time to bust out the old 360 games, what do you think?