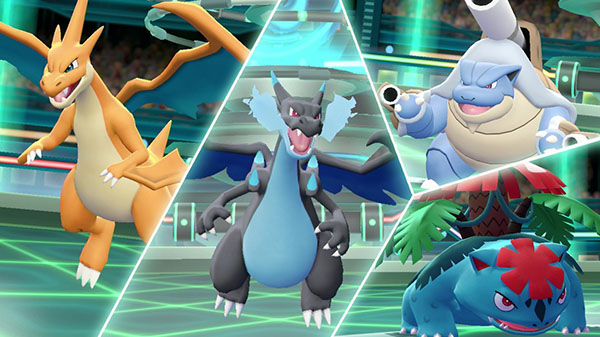 It wouldn’t feel like Pokemon Season without an official trailer that confirms previously leaked information. Nintendo and the The Pokemon Company recently released a Pokemon Let’s Go Pikachu and Let’s Go Eevee trailer that focusses on the various locations and activities beyond choosing your partner Pokemon, namely Vermillion city and the S.S. Anne.

The trailer shows off the vibrant atmosphere of a familiar Vermillion City that’s now been transformed into a moving 3D landscape. Several Water-type Pokemon are shown following the trainer while citizens go about their normal routines in the Kanto Region. Speaking of, the city’s gym leader, LT. Surge, seems to be easily handling his role, displaying the same amount of bravado and confidence in his wicked Raichu and overly complicated trash-puzzle.

As expected of this pseudo-remake, the S.S. Anne will be back and open for business. Players will be granted a flashy cutscene that announced the ship’s grandiose arrival. There will be chefs and sailors to battle, and trainers will even be able to watch over the expansive sea with their Pikachu or Eevee.

Jessie and James, the classic, iconic Team Rocket duo, from everyone’s childhood also make their triumphant Pokemon Let’s Go debut, sporting their usual team of low-leveled Poison-type Pokemon. The Japanese trailer even gives a glimpse at the adorably sassy Meowth and a less animated look at the team’s blasting off after being defeated.

The trailer wraps up by giving the official announcement of Mega Evolutions returning in Pokemon Let’s Go. Mega Venasaur, Mega Blastoise Mega Chrizard X and Y are all shown in action, displaying devastatingly powerful attacks. Strangely, the game’s Japanese trailer seems to show the player choosing from evolving Charizard into its X or Y form mid-battle, as opposed to being locked into one or the either before the battle even begins.

Pokemon Let’s Go Pikachu and Let’s Go Eevee will be available for the Nintendo Switch on Nov. 16. Expect further coverage and even more fantastic reveals.