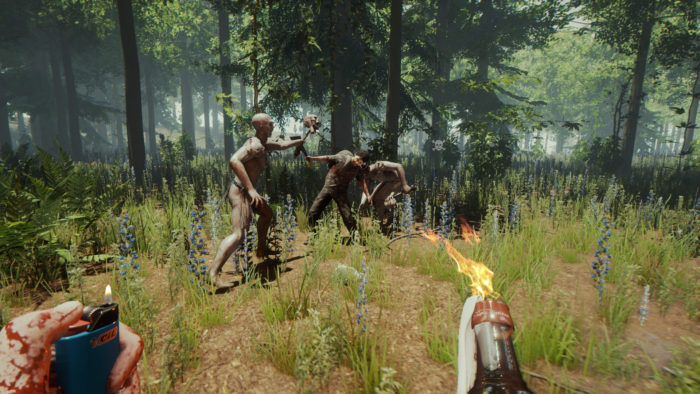 Developer Endnight Games has today announced via that PlayStation blog that its open-world survival game The Forest will launch on PS4 this fall, Nov. 6.

Previously only available on PC, The Forest is now on its way to Sony hardware. The Forest takes place on a wooded peninsula that a father and son have crash landed upon after having survived a plane crash. Playing the father, it’s your job to survive this rugged wilderness in a mission to find your son, but something sinister lurks in the bushes that’s after the both of you. As it turns out, the area is inhabited by a strange primitive tribes who stalk your every movement.

The Forest earned critical acclaim when it debuted earlier this year on PC, thanks to its clever blend of first-person survival horror and an immersive-sim-like experience. You’re really left to your own devices to experiment with the tools and environment to achieve your goal, and the AI that governs the creepy tribal folk is particularly unsettling: they won’t always attack, often simply observing you or rushing your position and then stopping short to test your defenses.

The PS4 version of The Forest will come with a multiplayer mode that wasn’t in the original PC game. You can pair up as four fathers, each working together to survive and find each other’s missing children.

You can check out 15 minutes of gameplay footage for The Forest o PS4 below: